Two events occurring in early 2012 which Ampersand Travel are very excited about are the Galle Literary Festival in Sri Lanka and the Jaipur Literary Festival in India. Both of these festivals can be included in one of our tailor-made tours and can incorporate other parts of the country if you have the time and desire to explore further.

The Galle Literary Festival takes places from 18th – 22nd January 2012. It has been running for several years and has already gained an international reputation, attracting a broad range of highly renowned writers. Over five days, a series of literary discussions, poetry readings and workshops with the authors will take place throughout Galle Fort. The fort is a UNESCO World Heritage Site built by the Portuguese in the 16th century before being taken over by the Dutch and then the British; it provides a magnificent backdrop to the event. We can arrange for guided architectural walks within the Fort as well as private party invitations to dine with the authors and the movers and shakers of Galle, which is known for its sophisticated yet splendidly hedonistic scene! 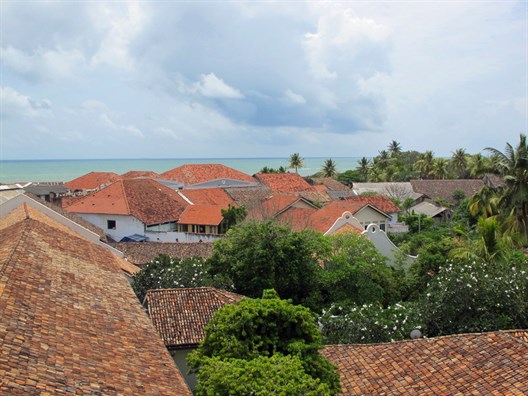 Our Three Little Tastes of Heaven itinerary is a very relaxed tour aimed at romantics and those seeking complete relaxation. We believe adding a day or two at the Galle Literary Festival would be a very interesting addition. After a week relaxing in secluded boutique hotels, enthusiasts can enjoy the challenge of a workshop or talk by one of their favourite authors. The tour lasts 11 days and includes time on a tea plantation and the peaceful south coast. Prices start from £2890 per person.

The Jaipur Literature Festival from 20th – 24th January 2012 is the other leading literary event in Asia and also caters for a well-heeled and well-read international audience. Appearances will be made by big name authors and there will be an impressive music line up at the beautiful Hotel Diggi Palace. It is programmed by historian and travel writer William Dalrymple (a big music fan) and publisher and novelist Namita Ghokale. It will play host to over 130 authors in 2012 including Simon Sebag Montefiore, Hari Kunzru, Deepak Chopra, David Hare and Zoe Heller. There will be theatre workshops, film screenings, readings, discussions and interviews during the day and great music in the evenings. And Jaipur is only three or four hours' drive from Delhi. 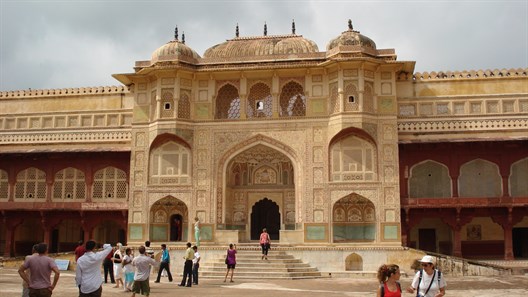 Our Gems of North India Tour would be a great itinerary to take in the festival. This leisurely journey takes in Rajasthan’s classic sights: Imperial Delhi, the Taj Mahal, the Amber Fort, the Golden Triangle, the Pink City of Jaipur and the Lake City of Udaipur. Stay in contemporary and historic hotels and enjoy fabulous shopping – from bargain markets to opulent jewel stores. This tour lasts 10 days and costs from £3,980 per person, but do remember that we tailor every itinerary to suit your needs.

For more details, contact James Jayasundera on 0207 289 6100 or james@ampersandtravel.com.

I would recommend Ampersand without any hesitation!!! The best travel agent that I’ve ever had. Everything – from the individual care and attention in planning the trip, through to the efficiency of the agents on the ground in India – was handled brilliantly. An absolutely first-class service all round!
- Matthew Annable, Rajasthan, India
I had a very lovely time and was looked after splendidly. My first visit to India could not have been better, save for being longer! But I shall return at some point and I shall look to you to make the arrangements.
- Matthew Nicklin, North India
Ampersand provided a bespoke and flexible holiday, tailored to my every whim. Their highly professional staff had only one goal which was to arrange an exceptional holiday and some unforgettable experiences in India. I have no hesitation in fully recommending them and they will be the first company I approach in the future - 10/10
- Anonymous, India
Ampersand’s preparation, attention to detail and interaction before and during our trip show exactly why good travel agents have a role in today’s internet booking age. They were a delight to deal with!
- Mr David Wallace, North India
We had a wonderful holiday - everything was perfect. Thank you for helping us to make a thoughtful plan to enjoy and make most out of our trip. The places we visited, the guides, the transportation and driver, the hotels selected... Everything was great!
- Jaime Benitez, South India
So many highlights to choose from! The hotels were amazing but Maya Villa was a highlight… I loved just hanging out in the hammock reading my book and watching the peacocks chase the cows!
- Krista Weir, Sri Lanka
Everything you did for us whilst we were away was hugely appreciated, and Ampersand has been exemplary in every way. I'll always recommend you!
- Mr Richard Stoughton, Sri Lanka
Without question, you put together the best trip I have ever taken. We were shown around like visiting dignitaries, the hotels were fantastic and the itinerary was just right. Everybody I know will hear about how amazing Ampersand is!
- Leslie Siben, India
Difficult to articulate just how good the service from you and your team really was. We know you will continue to do well and hope we have the chance to seek your assistance again before long.
- Mr & Mrs Manson, North India
I thought the Ampersand team was outstanding. We couldn’t have hoped for anything more.
- Mr Geoffrey Johnson, India