London is on fire at the moment. Not in a “London’s burning, London’s burning…” way, as goes the nursery rhyme that tells the story of the Great Fire in 1666.

In recent years London has become one of the major creative hubs of the world, and has possibly the most enriching and diverse theatre scene that there is.

From Bradley Cooper in The Elephant Man to the newly-announced year-long residence of Kenneth Branagh’s Plays at the Garrick, don’t miss Ampersand's selection of the best shows the capital has to offer.

1.      The Curious Incident of the Dog in the Night-Time 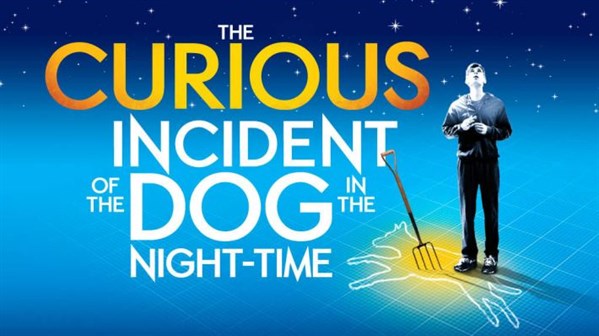 Based on the namesake novel by Mark Haddon (2003) and adapted by Simon Stephens, this play was originally performed at the National Theatre for a limited run. However, sell-out audiences and rave reviews meant that the show has moved to a permanent home in the West End. Unsurprisingly, the production has won seven Olivier Awards, including Best Play in 2013.

The story follows Christopher, a young teenager who comes across the corpse of his neighbour’s dog in the back garden. With himself as a main suspect, Christopher goes on an extraordinary journey to work out who the murderer is. Touching, enthralling and mind-blowing, the Curious Incident of the Dog in the Night-Time is one not to miss. The phenomenal set and lighting design is reason enough to go.

Last week Kenneth Branagh announced that his new theatre company, the Kenneth Branagh Theatre Company, would be taking a year-long residence at the Garrick Theatre. Keen to use a space for longer than just a one-off show, Branagh has compiled a series of plays including Romeo and Juliet and The Entertainer to seduce theatre audiences. If that weren’t enough, huge stalwarts of the British stage and screen will star in the shows, including Judi Dench in The Winter’s Tale, and Lily James (star of the current Cinderella film and Lady Rose in Downton Abbey) in Romeo and Juliet.

The season will last from October 2015 – November 2016 and it is worth booking seats now before they sell out.

Whilst in London, it would be silly to miss a trip to Stratford-upon-Avon to check out this legendary play about justice, race and morality in Shakespeare’s hometown.

The Royal Shakespeare Company (RSC) is world-renowned and although the company will be putting on many shows this summer, we think that The Merchant of Venice will be one of the stars.

The cast includes Makram J. Khoury, who is one of the most celebrated actors in Israel and makes his debut as Shylock, and the flourishing actress, Patsy Ferran (winner of Most Promising Newcomer at the 2015 Critics Circle Awards) as Portia will also making her RSC debut.

Expect a corker of a show. Bradley Cooper stars in what is to be the most sought-after ticket in London this summer. There isn’t much more to say to guarantee bottoms-on-seats other than his co-stars include the incomparable Patricia Clarkson (Shutter Island, Goodnight & Good Luck) and the sizzling Alessandro Nivola (American Hustle).

The plot revolves around the real-life story of Joseph Merrick (Cooper), a 19th Century man who becomes the star of a travelling freak show. His astonishing intelligence, faith and desire surprise Dr Treves (Nivola) who takes him under his care, whilst the actress Mrs Kendall (Clarkson) becomes touched by his pure and genuine spirit.

For something completely and absurdly hilarious, Alfred Hitchcock’s classic comedy thriller, The 39 Steps proves time and again that sometimes all you need is a great big laugh.

The story follows the handsome and staunchly British hero, Richard Hannay as he encounters awful murders, secret agents and of course, beautiful women. A perfectly British comedy, the show pokes fun at its characters and the plot alike, and doesn’t take itself too seriously; this is the beauty of The 39 Steps.

Be prepared to be swept up in a whirlwind, and feel suitably drained and relaxed from the magic of laughter as the curtain falls.

Legendary actress, Imelda Staunton leads this classic Broadway musical about the true story of Gypsy Rose Lee, one of America’s most famous Burlesque strip artists in the 1920s. The plot revolves around Momma Rose (Staunton) and her two daughters as they tour America in their family vaudeville act. As the times change in the States, so do the attitudes of audiences and the girls alike, and nothing will be the same for Momma…

Lyrics by Steven Sondheim, music by Jule Styne and the book by Arthur Laurents, this production of Gypsy has transferred to London’s West End after its sell-out run at the Chichester Festival Theatre, and is still as relevant today as it was when it was first shown.

For more theatre tips or to start planning your tailor-made vacation to London and across the British Isles, phone + 44 (0) 20 7819 9770 or email info@ampersandtravel.com.

We had a wonderful holiday - everything was perfect. Thank you for helping us to make a thoughtful plan to enjoy and make most out of our trip. The places we visited, the guides, the transportation and driver, the hotels selected... Everything was great!
- Jaime Benitez, South India
I would recommend Ampersand without any hesitation!!! The best travel agent that I’ve ever had. Everything – from the individual care and attention in planning the trip, through to the efficiency of the agents on the ground in India – was handled brilliantly. An absolutely first-class service all round!
- Matthew Annable, Rajasthan, India
Everything you did for us whilst we were away was hugely appreciated, and Ampersand has been exemplary in every way. I'll always recommend you!
- Mr Richard Stoughton, Sri Lanka
I thought the Ampersand team was outstanding. We couldn’t have hoped for anything more.
- Mr Geoffrey Johnson, India
Ampersand provided a bespoke and flexible holiday, tailored to my every whim. Their highly professional staff had only one goal which was to arrange an exceptional holiday and some unforgettable experiences in India. I have no hesitation in fully recommending them and they will be the first company I approach in the future - 10/10
- Anonymous, India
I had a very lovely time and was looked after splendidly. My first visit to India could not have been better, save for being longer! But I shall return at some point and I shall look to you to make the arrangements.
- Matthew Nicklin, North India
Ampersand’s preparation, attention to detail and interaction before and during our trip show exactly why good travel agents have a role in today’s internet booking age. They were a delight to deal with!
- Mr David Wallace, North India
Difficult to articulate just how good the service from you and your team really was. We know you will continue to do well and hope we have the chance to seek your assistance again before long.
- Mr & Mrs Manson, North India
Without question, you put together the best trip I have ever taken. We were shown around like visiting dignitaries, the hotels were fantastic and the itinerary was just right. Everybody I know will hear about how amazing Ampersand is!
- Leslie Siben, India
So many highlights to choose from! The hotels were amazing but Maya Villa was a highlight… I loved just hanging out in the hammock reading my book and watching the peacocks chase the cows!
- Krista Weir, Sri Lanka