Dining with the Nawabs: A Culinary Tale of two Countries

The rulers of India have long captured the imagination of the outside world. The legendary wealth, the jewels, the cars and general excesses of the princes regularly featured in the press in terms of both awe and derision. They ordered Cartier jewels in trunks and hunted tigers with Rolls-Royces (one prince ordered several of the cars to collect municipal rubbish in his state as revenge for being snubbed by a Park Lane salesman), maintained vast harems and kept tables of groaning splendour. It was a way of life destroyed by the ravages of the 20th century, most notably, Prime Minister Indira Ghandi, but it lives on in our collective imaginations as the epitome of true style. Exhibitions, documentaries and books describing this largely vanished world continue to draw large audiences but lesser known is the fate of the descendants of many of these noble families. 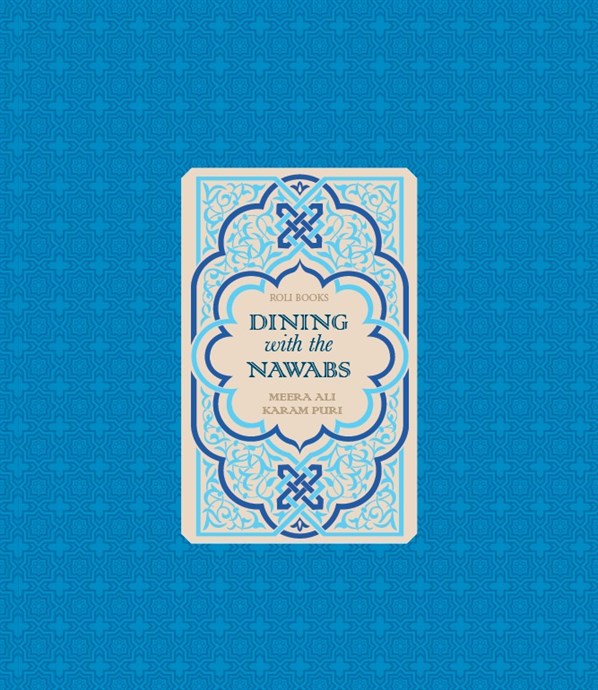 Delhi-based publishers Roli Books reveal a glimpse into some of these families’ present-day lives in its newest publication ‘Dining with the Nawabs’. This exquisitely produced book, a sister volume to the best-selling ‘Dining with the Maharajas’, profiles several princely families across India and Pakistan through their culinary traditions of Indian cuisine. Author Meera Ali, is herself married to filmmaker Muzaffar Ali, the Raja of Kotwara, and uses her insider access to give us a rare and intimate seat at the tables of Muslim royal families of the subcontinent.

The word ‘Nawab’ has been associated with royalty since the reign of the Mughal Empire. Nawab was a title of honour given to a native governor or a Muslim nobleman at that time. Hence, the ‘nawabi’ style of Indian food preparation and dining experience goes back to the time of the Mughals.  It is a cuisine centred on the twin arts of hospitality and storytelling. From the richest rice dishes, laden with jewel-like decoration, intense velvety broths, aromatic meats roasted for 48 hours, delicious Indian breads and rose-water laced desserts, the delicately sensual and poetic culture of the Nawabs is told through these popular India dishes which are laid out throughout the book. Photographer Karam Puri’s rich tapestry of images avoids the clichéd and offers both a human and elegant homage to this most private of worlds. 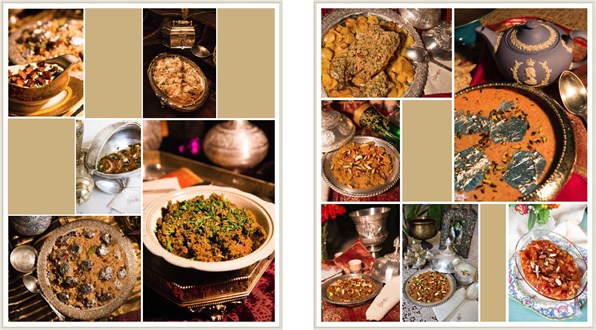 We are offered a tantalising glimpse into a rarely seen side of Pakistan at Sadiqgarh Palace where the current Nawab of Bahawlapur lives with his family surrounded by an eclectic heritage. Descended from the Abbasid Caliphs of Cairo, The Bahawalpur family have been instrumental in Pakistan’s history, one Nawab paying the salaries of all the government employees for a month in the nation’s early days post-independence. There is a moving recounting of the same Nawab granting thousands of refugees from post-partition Punjab and Rajasthan large tracts of fertile cotton-growing land to settle them comfortably. The faded palace, which has hosted many illustrious guests such as Lord Mountbatten on their way to ‘shikar’ or hunt, was known for its banquets. Typically delightful snippets are dotted throughout the chapter, such as the English guests always being served either lemon balls sprinkled with powdered ginger or sliced grapefruit with cream and sugar as an appetizer.  We are told the seafood and cream for the menus would come daily, packed in ice, by train from Karachi, hundreds of miles away, while cheese was especially imported from France and England with Red Leicester being a great favourite! 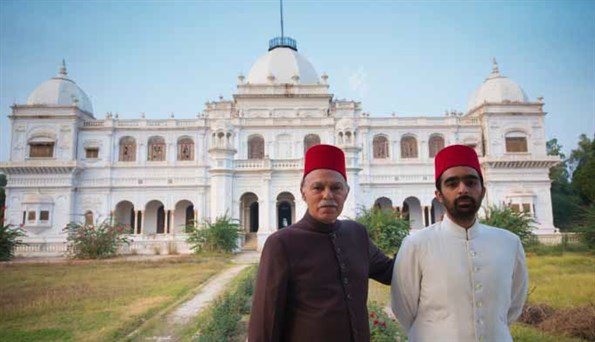 Another family seen in the book, the Begums of Bhopal from Madhya Pradesh in central India were unique in being a matriarchal line, the title passing from mother to daughter.  We meet one redoubtable Begum, in full burqa veil and battery of medals, travelling for the coronation of George V and on the Orient Express to Istanbul to meet the Ottoman Sultan. Local delicacies are mouth-wateringly described, tiny indigenous mangos, steaming fish Kormas and minced game infused with garlic and traditionally dried on charpoys (string beds).  Both courtly and spirited, the dynasty weaves through racehorses shared with the Aga Khan, humanitarian work and patronage of the arts, interspersed with jaunty hunting anecdotes.

Ali’s prose is as lyrical and evocative as the accompanying images and ‘Dining with the Nawabs’ brings the 11 royal houses featured within its covers gloriously to life – it is particularly fascinating to go behind Pakistani doors.  The included ‘kitchen book’ contains Indian recipes from the royal houses allowing readers to go on their own gastronomic journey through the subcontinent.

Ampersand provided a bespoke and flexible holiday, tailored to my every whim. Their highly professional staff had only one goal which was to arrange an exceptional holiday and some unforgettable experiences in India. I have no hesitation in fully recommending them and they will be the first company I approach in the future - 10/10
- Anonymous, India
Difficult to articulate just how good the service from you and your team really was. We know you will continue to do well and hope we have the chance to seek your assistance again before long.
- Mr & Mrs Manson, North India
I thought the Ampersand team was outstanding. We couldn’t have hoped for anything more.
- Mr Geoffrey Johnson, India
So many highlights to choose from! The hotels were amazing but Maya Villa was a highlight… I loved just hanging out in the hammock reading my book and watching the peacocks chase the cows!
- Krista Weir, Sri Lanka
I had a very lovely time and was looked after splendidly. My first visit to India could not have been better, save for being longer! But I shall return at some point and I shall look to you to make the arrangements.
- Matthew Nicklin, North India
Without question, you put together the best trip I have ever taken. We were shown around like visiting dignitaries, the hotels were fantastic and the itinerary was just right. Everybody I know will hear about how amazing Ampersand is!
- Leslie Siben, India
We had a wonderful holiday - everything was perfect. Thank you for helping us to make a thoughtful plan to enjoy and make most out of our trip. The places we visited, the guides, the transportation and driver, the hotels selected... Everything was great!
- Jaime Benitez, South India
Ampersand’s preparation, attention to detail and interaction before and during our trip show exactly why good travel agents have a role in today’s internet booking age. They were a delight to deal with!
- Mr David Wallace, North India
I would recommend Ampersand without any hesitation!!! The best travel agent that I’ve ever had. Everything – from the individual care and attention in planning the trip, through to the efficiency of the agents on the ground in India – was handled brilliantly. An absolutely first-class service all round!
- Matthew Annable, Rajasthan, India
Everything you did for us whilst we were away was hugely appreciated, and Ampersand has been exemplary in every way. I'll always recommend you!
- Mr Richard Stoughton, Sri Lanka