Over the years we have organised thousands of tailor-made holidays, from complex cultural itineraries to multi-generational adventures. Interestingly, the most exceptional trips were not the most expensive or the ones using the most popular hotels, but where our clients travelled to extraordinary destinations, many of which hover under the radar. Here they were able to escape the crowds, be individually looked after by fascinating characters and experience rituals and landscapes that have remained unchanged for centuries.

The five destinations below are places which we feel are ludicrously underrated... There is no two ways about it, Ladakh is spectacular, both physically and culturally. An isolated desert fringed with soaring snow-capped mountains and enormous sweeping valleys, the ancient land is raw and awe-inspiring. Much like Tibet prior to the Chinese invasion, dramatic monasteries sit high on rocky peaks, commanding incredible vistas of the milky blue Indus River and colourful apple and apricot orchards dotted along the riverbanks. Ladakh is at its finest during the summer months in which time you can stay at Shakti’s Village House or The Ultimate Travelling Camp.
When to go: mid-May to mid-September

Wild, rugged scenery, fertile jungle, unspoilt beaches and looming volcanoes... there is so much more to Indonesia than Bali. The temples in Borobudur are one of the world’s great cultural treasures but venture a little further to Sumba Island, Raja Ampat or the Komodo Islands for some of the world’s most spectacular marine flora and fauna, and living mythical creatures. Raja Ampat has translucent waters and pristine reefs that make for some of the best snorkelling and diving in the world. But the draw is hardly limited to wildlife, each of the country’s three hundred ethnic groups, spread over 17,508 islands, has its own language, custom and food. Nihiwatu Resort has the winning dose of luxury combined with tribal edginess, and feels as though it is perched on the edge of the world.
When to go: May to September // Raja Ampat: October to April 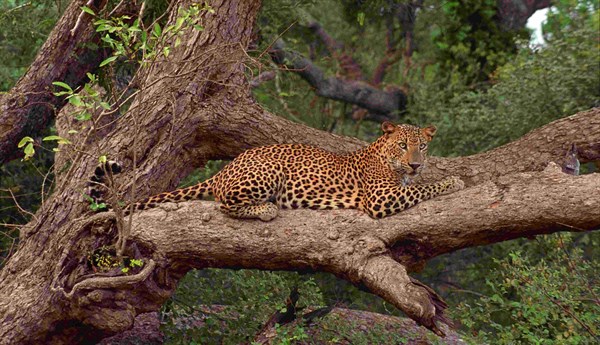 Sri Lanka is renowned for its ravishing boutique hotels and golden sand beaches, but few people realise that it has the best wildlife in Asia, and home to Sri Lanka’s Big Five (blue whale, sperm whale, leopard, elephant and sloth bear). In the heart of Sri Lanka lies Knuckles Mountain Range, a conservation area home to an impressive array of endemic flora and fauna, as well as breathtaking scenery. National parks such as Gal Oya, Yala and the little-known Kumana are idylls for wildlife enthusiasts and keen bird watchers (Sri Lanka has 444 recorded species of resident and migratory birds). One can enjoy lengthy and close-up sightings of leopard, elephant or an elusive sloth bear or spot abundant numbers of whales in the warm Indian Ocean waters. For close up encounters, and with no crowds whatsoever, nothing beats Kumana Mobile Tented Camp. It is one of the most exhilarating places I have ever stayed at, and the Sri Lankan food is exceptional!
When to go: January to September

If you’re searching for local and authentic, do what the Japanese do when they go on holiday. The little-known Kinosaki is a hidden gem, entirely devoted to bathing. If I had to pick one hot spring town from the dozens throughout Japan this would be it. With five historic public baths along willow-lined streets, the city centre is picture perfect and mercifully free from neon lights that have spoilt many another similar towns. Stay at Nishimuraya ryokan, a fine example of Japanese traditional design (both inside and out). Here enjoy long soaks in mineral-rich waters and stroll from bath to bath wearing traditional Japanese ‘yukata’ robes with ‘geta’ clogs.
When to go: July to May Whilst I love exotic destinations there are some incredible experiences to be enjoyed closer to home. Last year we added the British Isles to our portfolio of destinations. In preparation for this I went on a very thorough recce to which was one of the most enjoyable trips I have ever done in my life. Click here to see the photos.  Underrated and overlooked, Ireland has some of the finest castles, country homes and hotels in the British Isles. I was struck by the intense and shifting beauty of the Ring of Kerry, the Beara Peninsula and County Donegal – wild coastal cliffs, white sand beaches, lush green valleys and golden shimmering lakes. The classic warm Irish hospitality is quite rightly legendary! Lastly, it is home to my new favourite hotel in the world, Ballyfin!
When to go: April to October

Difficult to articulate just how good the service from you and your team really was. We know you will continue to do well and hope we have the chance to seek your assistance again before long.
- Mr & Mrs Manson, North India
Ampersand’s preparation, attention to detail and interaction before and during our trip show exactly why good travel agents have a role in today’s internet booking age. They were a delight to deal with!
- Mr David Wallace, North India
We had a wonderful holiday - everything was perfect. Thank you for helping us to make a thoughtful plan to enjoy and make most out of our trip. The places we visited, the guides, the transportation and driver, the hotels selected... Everything was great!
- Jaime Benitez, South India
So many highlights to choose from! The hotels were amazing but Maya Villa was a highlight… I loved just hanging out in the hammock reading my book and watching the peacocks chase the cows!
- Krista Weir, Sri Lanka
I would recommend Ampersand without any hesitation!!! The best travel agent that I’ve ever had. Everything – from the individual care and attention in planning the trip, through to the efficiency of the agents on the ground in India – was handled brilliantly. An absolutely first-class service all round!
- Matthew Annable, Rajasthan, India
Everything you did for us whilst we were away was hugely appreciated, and Ampersand has been exemplary in every way. I'll always recommend you!
- Mr Richard Stoughton, Sri Lanka
Ampersand provided a bespoke and flexible holiday, tailored to my every whim. Their highly professional staff had only one goal which was to arrange an exceptional holiday and some unforgettable experiences in India. I have no hesitation in fully recommending them and they will be the first company I approach in the future - 10/10
- Anonymous, India
I had a very lovely time and was looked after splendidly. My first visit to India could not have been better, save for being longer! But I shall return at some point and I shall look to you to make the arrangements.
- Matthew Nicklin, North India
Without question, you put together the best trip I have ever taken. We were shown around like visiting dignitaries, the hotels were fantastic and the itinerary was just right. Everybody I know will hear about how amazing Ampersand is!
- Leslie Siben, India
I thought the Ampersand team was outstanding. We couldn’t have hoped for anything more.
- Mr Geoffrey Johnson, India