Seasons of India on a Grand Scale

One of the most visually rich elements of visiting India is the array of seasons to be found. From the tawny summer evenings of Rajasthan’s Thar Desert, the sand brushed with a burnished gold, to the rains sweeping over the Assam hills, each month brims with a promise of sights to delight on a grand scale. The Hindu calendar unfurls across six seasons and each is marked with myriad of festivals and celebrations which would take a lifetime to explore. Ampersand Travel has handpicked four of its favourite hotels and asked their owners and General Managers to describe the times of the year they personally look forward to. For us at Abode one of the most special times is Diwali in the early spring. Also known as the festival of lights, Diwali marks the new financial year for Hindus and Laxmi, the goddess of fortune is the main deity honoured during the festival.

During Diwali, little lamps called 'diye' are lit at the base of the doorways and corridors to signify the homecoming of the Lord Rama after years in exile. Flickering in the darkness, they are moving symbols of the thin veil between heaven and earth.

At Abode, it's the unofficial start of the new season, where our loyal guests return as beloved friends and we welcome others that are staying with us for the first time. One of our stand out ceremonies is to create a welcoming "rangoli", a decorative pattern fashioned from rice flour at the entrance of the hotel – the sight of which inevitably brings a smile to the face of each visitor – it is a sign they are now in a different world alight with colour and symbolism. 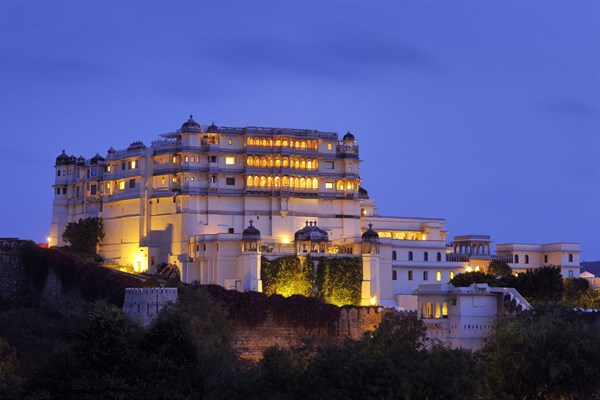 The monsoon has to be my favourite experience at RAAS Devigarh, if you are fortunate you can witness the dry brown mountains turn green overnight. Because of its position perched high in the Aravalli hills, there is always a cool breeze that ripples through the carved marble screens or ‘Jalis’. Seated up on the restaurant terrace you can see the monsoon unfold over Mewar and sheets of rain going across our valley. Big grey clouds constantly billow and are full with the promise of baptising the land below. One of the first things I did when we acquired the palace was to open up all the windows in the restaurant so guests could experience this astonishing sight. We play soothing music at sunset and pass around incense as an evening ritual. The drama of the scene is unparalleled. 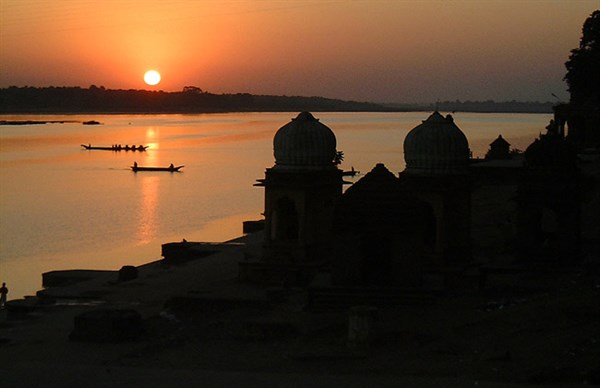 Each season brings a touch of wonder to Ahilya Fort due to its breathtaking location high above the holy Narmada River, worshipped as a goddess and the scene of great pilgrimages. The making of magic is a daily task here, and dining in surprise locations throughout the fort, gardens and ramparts (or maybe even on the river) is always a delight for guests and staff alike: “There are some moments in your life you never forget”, commented a guest after an evening of cocktails and music aboard a silently gliding riverboat. The Baneshwor Temple in the middle of the water is revered as the Centre of the Universe in Hinduism.

The stars here must have been in auspicious alignment during the recent season with a myriad of marriage proposals happening. One proposal took place swirled in dawn mists at the temple surrounded by the river, one in the forts secluded west turret at sunset, another under the stars on the terrace surrounded by Jasmine scent and the bells ringing from below…and no doubt countless others that went off quietly and unbeknownst. Being able to offer such experiences in the unique setting of the home of Prince Richard Holkar is beyond wonderful. " 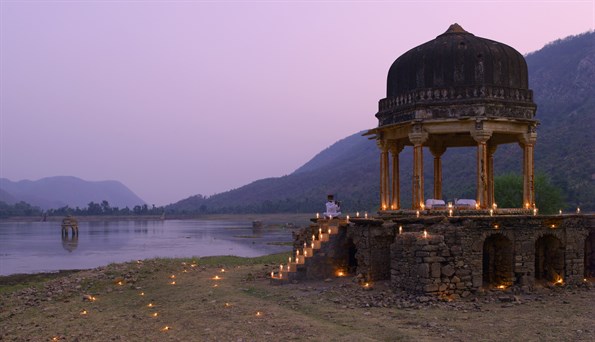 My treasured season at the hotel is between October and November where the temperature is beginning to cool, making it the ideal time to be in Rajasthan. The village ladies I meet on my morning run, all on their way to work in the tobacco and wheat fields wear colourful ‘ludgi’, the oldest form of a sari, creating a splash of colour in the otherwise green landscape. That said, I also love the heart of the winter, between January and February, when the mustard flowers turn the landscape yellow and the red and orange dresses of the women stand in contrast to the stark hills and the yellow mustard fields. I can go on and on, the green parrots, the orange Flame of the Forest trees that blooms for just two weeks in April, turning the valley into a carpet of orange and waking up to the early morning mist hanging over the pool – enchantment!

Of Red Earth and Pouring Rain

Debut novel of author Vikram Chandra. Breathtakingly imaginative, epic and steeped in the Mahabharata tradition of Indian folklore. Chandra’s language captures the spirit of the Monsoon in the below lines:

“I want a certain density that encourages savouring. I want to slide warp over woof, I want to make knots. I want entanglement, unexpected connections, reverberations, and the weight of pouring rain on red earth. Mud is where life begins.”

A black and white gem starring a young Felicity Kendal and capturing a theatrical troupes time in the hills during Monsoon in Post – Independence India.

We had a wonderful holiday - everything was perfect. Thank you for helping us to make a thoughtful plan to enjoy and make most out of our trip. The places we visited, the guides, the transportation and driver, the hotels selected... Everything was great!
- Jaime Benitez, South India
Everything you did for us whilst we were away was hugely appreciated, and Ampersand has been exemplary in every way. I'll always recommend you!
- Mr Richard Stoughton, Sri Lanka
So many highlights to choose from! The hotels were amazing but Maya Villa was a highlight… I loved just hanging out in the hammock reading my book and watching the peacocks chase the cows!
- Krista Weir, Sri Lanka
Ampersand’s preparation, attention to detail and interaction before and during our trip show exactly why good travel agents have a role in today’s internet booking age. They were a delight to deal with!
- Mr David Wallace, North India
Without question, you put together the best trip I have ever taken. We were shown around like visiting dignitaries, the hotels were fantastic and the itinerary was just right. Everybody I know will hear about how amazing Ampersand is!
- Leslie Siben, India
I had a very lovely time and was looked after splendidly. My first visit to India could not have been better, save for being longer! But I shall return at some point and I shall look to you to make the arrangements.
- Matthew Nicklin, North India
I thought the Ampersand team was outstanding. We couldn’t have hoped for anything more.
- Mr Geoffrey Johnson, India
I would recommend Ampersand without any hesitation!!! The best travel agent that I’ve ever had. Everything – from the individual care and attention in planning the trip, through to the efficiency of the agents on the ground in India – was handled brilliantly. An absolutely first-class service all round!
- Matthew Annable, Rajasthan, India
Ampersand provided a bespoke and flexible holiday, tailored to my every whim. Their highly professional staff had only one goal which was to arrange an exceptional holiday and some unforgettable experiences in India. I have no hesitation in fully recommending them and they will be the first company I approach in the future - 10/10
- Anonymous, India
Difficult to articulate just how good the service from you and your team really was. We know you will continue to do well and hope we have the chance to seek your assistance again before long.
- Mr & Mrs Manson, North India