India is a land rich in marvels, where the extremes of excess and poverty have danced hand in hand since the dawn of time. Visiting ambassadors and explorers sent wonder-filled reports of elephants emblazoned with jewels and palaces filled with a thousand concubines alongside famine ravaged regions and a caste system that left millions invisible. But it was the historic rulers of the subcontinent who captivated and intrigued in equal measure, often becoming legends in their own lifetimes.

The arrival of the modern press in the 19th century brought the world’s attention to the dazzling style of the Maharajas. They remain a source of fascination to this day with books, exhibitions and films delving into the near mythical wealth and panache, as well as the eccentricities, of a singular race of princes.

These potentate’s palaces were once elusive citadels, guarded by eunuchs and shrouded in Chinese whispers of immense privilege, but now many have opened their doors to guests allowing us a tantalising glimpse into a largely vanished world.

Hyderabad’s Taj Falaknuma Palace pays homage to the last Nizam of Hyderabad, the richest man of the age and ruler of a state as big as England and Scotland combined. Sir Osman Ali Khan employed 14,718 servants when he died in 1967. One of his residences alone boasted 3,000 Arab bodyguards, 28 people to serve drinking water, 38 to dust the priceless chandeliers and several just to grind walnuts. His ‘Exalted Highness’ used the famous Jacob diamond, worth £50 million as a paperweight - wrapped in newspaper, and was said to own enough pearls to pave Piccadilly Circus. He was also known for his astonishing frugality, sleeping under a threadbare blanket (he refused to pay more than 35 rupees for a new one) and knitted his own socks. Amusingly he once surprised the visiting Prince of Wales with a gift of a chamberpot that played God Save the Queen when the lid was opened – history does not record the Prince’s comment!

Another tale that reveals the royal peccadillos of the time is that of Saddiq Muhammed Khan Abassi IV, the Nawab of Bahawalpur (in present-day Pakistan), ordering a bed encrusted with 290kg of silver from Christofle in Paris. The bed was ornamented with ‘four life-size bronze figures (of naked females) painted in flesh tones with natural hair, movable eyes and arms, holding fans and horse tails’. The four figures represented women of France, Spain, Italy and Greece, each with a different skin-tone and hair colour. The Nawab was able to set the figures in motion so that they fanned him while winking at him, against a 30-minute cycle of music from Gounod's Faust, a confection that could only be found in India. 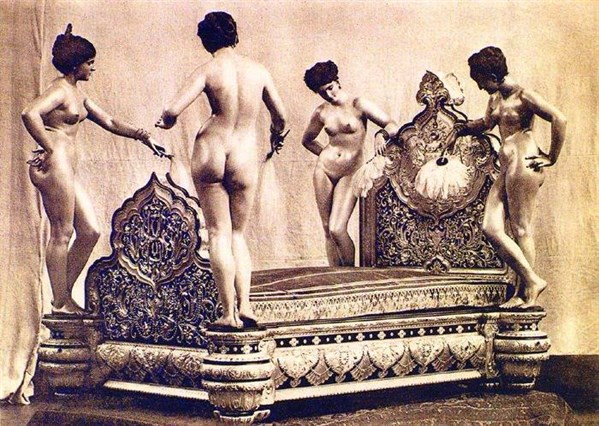 The very beautiful Indira, Maharani of Cooch Behar, a woman of cosmopolitan tastes, collected hundreds of shoes, many diamond studded, from Italian designer Salvatore Ferragamo and was described by an observer at a casino in Le Touquet as ‘the most fabulously beautiful young Indian lady, holding the longest cigarette holder I had ever seen, wearing a brilliant silk sari and covered with gems. She was quite poker-faced but had a pile of chips in front of her to testify to her success and, to top it all, she had a live tortoise, whose back was laden with three strips of emeralds, diamonds, and rubies, which she was using as a talisman. Every now and then the creature would crawl across the table but every time she caught it back. The crowd was totally mesmerised by her.’ An unconventional product of traditional ‘purdah’, a practice where high caste Indian women were not seen in public, Indira spent her life blazing the way for women’s emancipation, mixing freely with all walks of life, from New York to Calcutta. An early elopement with her future husband set the tone – she became a muse to Man Ray and Cecil Beaton and hosted house parties where all the male servants appeared in full drag. She also gave her children, who included the late Gayatri Devi, Maharani of Jaipur, small spinning wheels, symbols of Indian nationalism and they played games shouting independence slogans. She took houses in Kashmir ‘when the almond blossom was in full bloom’ and the Cote d’Azur and symbolised the heady indulgences of her tribe mingled with an irrepressible joie de vivre. Biographer Lucy Moore tells of Indira inviting an Italian novelist to India as her guest. Their sea-plane crashed into the sea off the coast of Alexandria. No-one was hurt and the besotted novelist recounted that ‘The Maharani sat beside me, soaking wet and puffing at a cigarette and smiling to herself at the thrills which life provided, unasked. With her nothing was dull and one felt anything might happen.’ 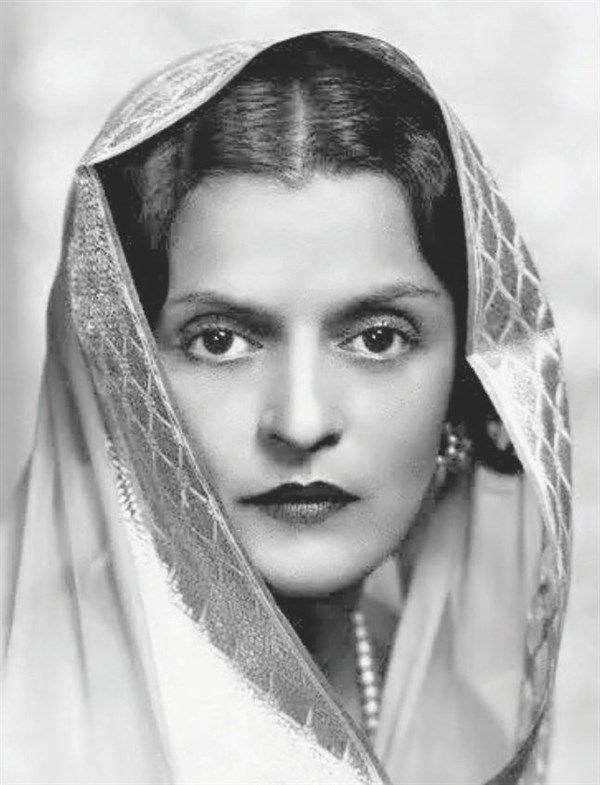 The recently released film, The Viceroy’s House, depicts this world in all of its splendour. The last Viceroy of India, Earl Mountbatten and his wife Edwina relished the pomp and magnificence of the subcontinent, a world away from post-war rationed Britain. They delighted in gifts such as a gold pen concealing a pistol given by the Maharaja of Jodhpur and for their silver wedding anniversary, a solid silver replica of a palace from the polo-playing Maharaja of Jaipur. However, they also deeply treasured dog-eared letters from Indian schoolchildren and above all a note from Gandhi addressing Edwina as ‘dear sister’.

Descendants of these families relate astonishing tales of ancestral whims and misadventures. Staying in their homes, both past and present, is to be surrounded by history and relics of lives well lived – India’s heritage would be poorer without this unique legacy.

Without question, you put together the best trip I have ever taken. We were shown around like visiting dignitaries, the hotels were fantastic and the itinerary was just right. Everybody I know will hear about how amazing Ampersand is!
- Leslie Siben, India
I had a very lovely time and was looked after splendidly. My first visit to India could not have been better, save for being longer! But I shall return at some point and I shall look to you to make the arrangements.
- Matthew Nicklin, North India
Ampersand provided a bespoke and flexible holiday, tailored to my every whim. Their highly professional staff had only one goal which was to arrange an exceptional holiday and some unforgettable experiences in India. I have no hesitation in fully recommending them and they will be the first company I approach in the future - 10/10
- Anonymous, India
Everything you did for us whilst we were away was hugely appreciated, and Ampersand has been exemplary in every way. I'll always recommend you!
- Mr Richard Stoughton, Sri Lanka
So many highlights to choose from! The hotels were amazing but Maya Villa was a highlight… I loved just hanging out in the hammock reading my book and watching the peacocks chase the cows!
- Krista Weir, Sri Lanka
I thought the Ampersand team was outstanding. We couldn’t have hoped for anything more.
- Mr Geoffrey Johnson, India
I would recommend Ampersand without any hesitation!!! The best travel agent that I’ve ever had. Everything – from the individual care and attention in planning the trip, through to the efficiency of the agents on the ground in India – was handled brilliantly. An absolutely first-class service all round!
- Matthew Annable, Rajasthan, India
Difficult to articulate just how good the service from you and your team really was. We know you will continue to do well and hope we have the chance to seek your assistance again before long.
- Mr & Mrs Manson, North India
We had a wonderful holiday - everything was perfect. Thank you for helping us to make a thoughtful plan to enjoy and make most out of our trip. The places we visited, the guides, the transportation and driver, the hotels selected... Everything was great!
- Jaime Benitez, South India
Ampersand’s preparation, attention to detail and interaction before and during our trip show exactly why good travel agents have a role in today’s internet booking age. They were a delight to deal with!
- Mr David Wallace, North India