‘The joy of the raindrop is to die in the river’

Noor Inayat Khan, an Indian princess, Sufi and secret agent was an unsung heroine of World War Two. Her story is one of astonishing courage and sacrifice.

Born in Moscow in the Vusoko Petrovsky monastery in 1914, Noor, which means ‘light of womanhood’, was the daughter of an American mother and Hazrat Inayat Khan, a prominent sufi, the mystical branch of Islam. Through her father, Noor was a direct descendant of Tipu Sultan, the fiercesome 18th-century ruler of Mysore. As the First World War ravaged Europe, the family left for England, living in Bloomsbury for the next six years. 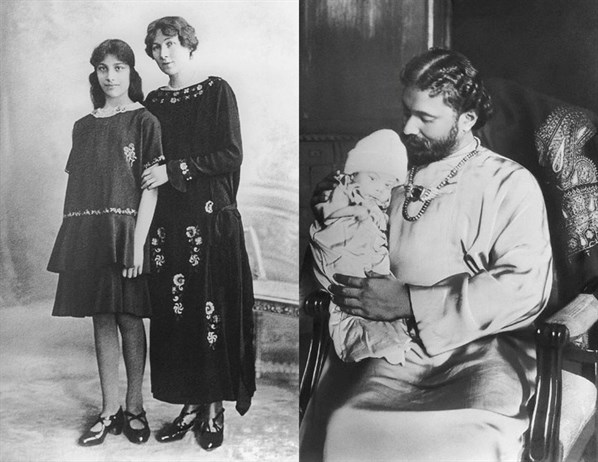 In 1920 the Khans moved again to a large house near Paris. A gift from the sufis, her father named the home Fazal Manzil or ‘House of Blessing’. It is remembered as a centre of music, charity and prayer – a gathering place for people of all faiths to encounter God’s Love.

The children had a carefree, modern upbringing, dressing up in Indian clothes and giving concerts for their esteemed guests. In 1927, the idyll was shattered as Noor’s father traveled back to his homeland and died suddenly in Delhi. His widow, the poetess Amina Begum, retreated into grief-stricken seclusion. Noor was left, at the age of 13, to care for the family seeking solace in writing stories by candlelight when the children were sleeping. She studied child psychology at the Sorbonne and began to receive recognition as a writer, her short stories published in Le Figaro. 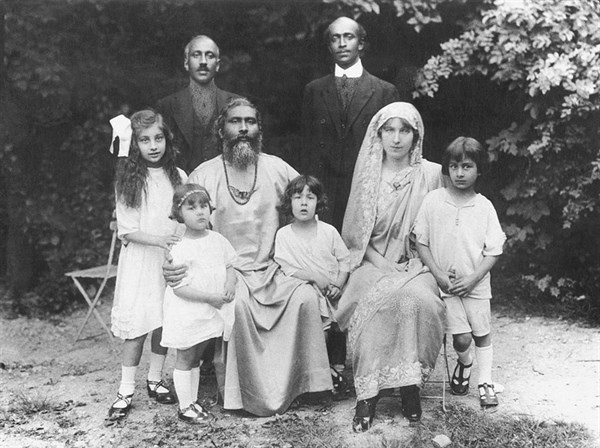 Noor’s literary dreams came to a sudden end as WWII erupted across Europe and the German army invaded Paris. She and her brother, Vilayat, although pacifists to the core, left for England to volunteer for the war effort, sailing from Bordeaux to Falmouth. This choice would radically change the course of the Indo-Frenchwoman’s life forever. She remarked ‘I wish some Indians would win high military distinction in this war. If one or two could do something in the Allied service which was very brave and which everybody admired, it would help to make a bridge between the English people and the Indians.’ It was a personal challenge that quickly evolved into one of the most remarkable stories of the war.

London, with its blackouts and bomb shelters, was at least free of the Nazi grip. Noor threw herself into work. She trained as a radio operator for the Air Force, one of the first women to do so. An unlikely recruit for the British military on many levels, Noor was voraciously outspoken about her desire to travel to India after peace to aid the independence fight. She believed passionately in liberty over nationalism and right of every human to live in freedom.

Noor was soon spotted by the watchful eye of Special Operations Executive, a crack organization set up by Churchill to aid resistance in France. Noor’s language skills and immediate willingness to sign up, despite repeated warnings that she would be shot when discovered, got her quickly flown back over the channel by moonlight as an undercover agent. She took the code name Madeleine (a character from one of her stories) and armed only with a false passport, a few francs, her pistol and a set of four pills including the lethal cyanide pill, made her way alone from the French coast to Paris. 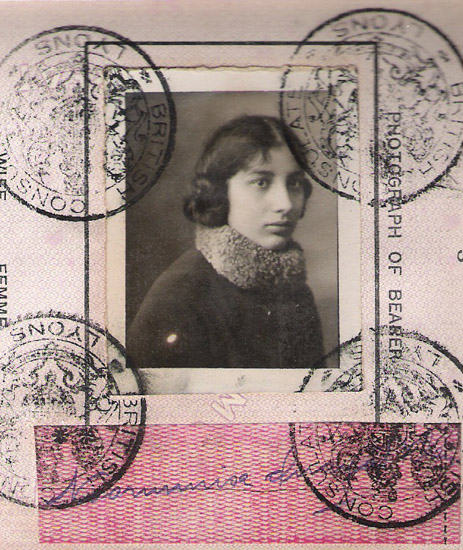 Within a week of arriving behind enemy lines, there was a disastrous capture by the Gestapo of Noor’s fellow radio spies and their equipment. She was asked to return to London due to the danger of the situation but, again, displaying a leonine courage, refused to leave, as she was the last radio link remaining. Over the next three months, Noor played a terrifying cat and mouse game with the Gestapo, stunning both them and London superiors, with her talents for evading capture. She frequently changed position, dyed her hair and trusted no one.

After three months of clandestine work, Noor was on the verge of catching a flight to safety out of France when a Judas-like French female friend sold her address to the Nazis for 100,000 francs.

Brought as a prize catch to the Gestapo Headquarters on Avenue Foch, Noor immediately attempted escape, but was caught. A few weeks later, she made another valiant escape effort. She and two other prisoners made it onto the roof but were again apprehended. Ironically the escape was foiled by a surprise air raid from British forces, which alerted the guards. 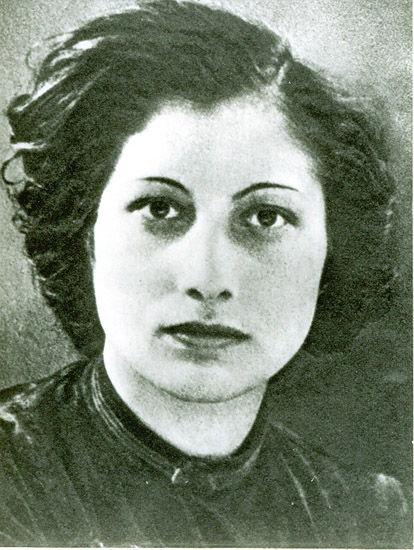 Now branded a ‘highly dangerous’ prisoner, Noor was bundled off to a German prison on the edge of the Black Forest as its first woman agent inmate. Shackled in chains that stopped her from being able to feed or clean herself, starved and beaten, the heroine shrank to skeletal weight but her spirit refused to be bowed and she betrayed no names. The only glimpse we see of her in these harrowing months are messages she managed to scratch into the bottom of food bowls for other prisoners.

The following autumn, the 30-year-old Noor was taken, along with three others, blindfolded on a train to Dachau concentration camp. On arriving at the camp of horrors at midnight, the already-feeble prisoner was beaten and kicked viciously all night long. Noor’s frail body could take no more and slumped on the floor, so the SS officer forced her to kneel and brutally shot her point-blank in the head. Noor’s last word was ‘Liberté’.

At the same time, over the sea in England, Noor’s fearful mother and brother had identical dreams. Noor came to them clothed in blue light and told them she was now free. Noor’s legacy has largely been protected from fading away in recent years, due to the passionate campaigning of her biographer, Shrabani Basu. Basu was behind the 2012 unveiling of a bust of the war martyr in Bloomsbury’s Gordon Square by Princess Anne. She said: ‘I think it is really important for future generations to know about Noor. She crossed so many boundaries, between Britain and India, between non-violence and her belief that the Nazis had to be defeated. It would be nice to think that children will know about this woman and her courage’.

READ: THE SPY PRINCESS by Shrabani Basu, The History Press, 2011

So many highlights to choose from! The hotels were amazing but Maya Villa was a highlight… I loved just hanging out in the hammock reading my book and watching the peacocks chase the cows!
- Krista Weir, Sri Lanka
I had a very lovely time and was looked after splendidly. My first visit to India could not have been better, save for being longer! But I shall return at some point and I shall look to you to make the arrangements.
- Matthew Nicklin, North India
Ampersand provided a bespoke and flexible holiday, tailored to my every whim. Their highly professional staff had only one goal which was to arrange an exceptional holiday and some unforgettable experiences in India. I have no hesitation in fully recommending them and they will be the first company I approach in the future - 10/10
- Anonymous, India
I thought the Ampersand team was outstanding. We couldn’t have hoped for anything more.
- Mr Geoffrey Johnson, India
Ampersand’s preparation, attention to detail and interaction before and during our trip show exactly why good travel agents have a role in today’s internet booking age. They were a delight to deal with!
- Mr David Wallace, North India
We had a wonderful holiday - everything was perfect. Thank you for helping us to make a thoughtful plan to enjoy and make most out of our trip. The places we visited, the guides, the transportation and driver, the hotels selected... Everything was great!
- Jaime Benitez, South India
I would recommend Ampersand without any hesitation!!! The best travel agent that I’ve ever had. Everything – from the individual care and attention in planning the trip, through to the efficiency of the agents on the ground in India – was handled brilliantly. An absolutely first-class service all round!
- Matthew Annable, Rajasthan, India
Difficult to articulate just how good the service from you and your team really was. We know you will continue to do well and hope we have the chance to seek your assistance again before long.
- Mr & Mrs Manson, North India
Everything you did for us whilst we were away was hugely appreciated, and Ampersand has been exemplary in every way. I'll always recommend you!
- Mr Richard Stoughton, Sri Lanka
Without question, you put together the best trip I have ever taken. We were shown around like visiting dignitaries, the hotels were fantastic and the itinerary was just right. Everybody I know will hear about how amazing Ampersand is!
- Leslie Siben, India