The global art market is booming. Holding fast to the comet’s tail is the Indian art scene with record-breaking sales and clamouring international interest. This year has already seen the ninth India Art Fair welcome over 100,000 attendees and the southern city of Kochi hold its third Art Biennale. There has never been a better time to invest in Indian art, be it emerging artists or the larger names who have seen their value skyrocket over the past few years.

The India Art Fair, held annually in Delhi’s NSIC grounds, showcases the richness and diversity found in the subcontinent’s contemporary art scene. The event, co-owned by a parent company of Art Basel, was founded by Director Neha Kirpal in 2008. It has gone from strength to strength. The 2017 gathering was also a telling indicator of the current mood, almost 60 percent of sales were to international and new collectors, while 30 percent of sales were made to collectors under the age of 40. 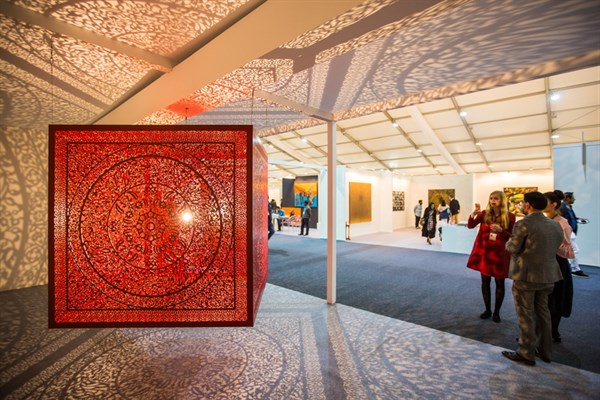 Kirpal explains that she returned to India in 2007 from studying abroad to find ‘a potential but fragmented art industry’. 'I could sense a huge opportunity in the Indian art market waiting to be tapped and decided to create a common platform for artists, gallery owners and buyers in the form of an art fair,' continues Kirpal. ‘I created a business plan on the plane from Delhi to Mumbai!’. In less than a decade, the fair has exhibited and facilitated the sale of world-renowned artists, ranging from Picasso to M F Husain, Anish Kapoor to Anjolie Menon. In addition, Kirpal is working closely with London’s Tate Museum to set up the India Acquisitions Committee.

Another key figure in the Indian art world is Priyanka Mathew, Regional Director for Sotheby's India and the first Indian lady auctioneer in the company’s history. Proud of Sotheby’s pioneer role in the subcontinent’s burgeoning auction market, Mathew is also looking towards establishing the Sotheby's Institute in India which will offer certified courses in art and auction practice. Fellow Sotheby’s Director, Yamini Mehta comments: ‘The broader art scene in India has never been stronger. I believe that there is much scope for growth and that Indian art has been, until recently, so undervalued compared to art from other emerging economies’. 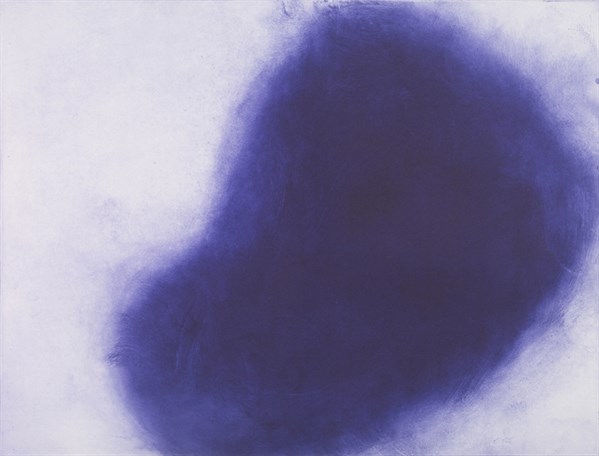 Another auction house, Christie’s, have led the charge for record-breaking sales over the last five years, achieving astonishing figures. Their 2013 inaugural art auction in Mumbai made the equivalent of over £12 million, double the pre-sale estimate.

Under the international radar for much of the 20th century, the Indian art scene burst into global recognition in the 1990’s, with artists such as MF Husain, Raza, Francis Newton Souza and Anjolie Ela Menon at the forefront. These are hugely investable names, according to Vickram Sethi, a devoted art connoisseur and promoter of The Arts Trust, which organises exhibitions and hosts art camps. The ‘holy trinity’ of Indian Art, according to Sethi, are ‘Husain, Raza and Goan artist FN Souza.’ 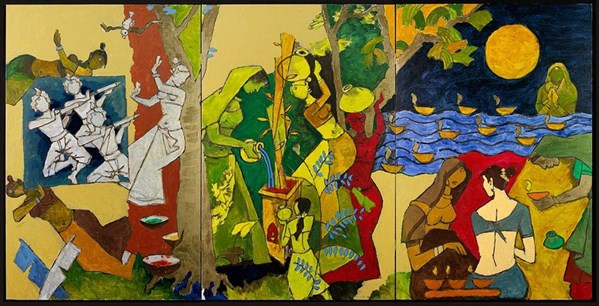 For first-time buyers, especially ones new to the bustling bazaar of the Indian art world, it may be worthwhile to buy through an art consultant or an advisor who has an in-depth knowledge of the market. One such expert is Clemy Sheffield, who has over a decade’s experience working with leading galleries and artists.. Alongside Birgid Uccia, another art specialist, Sheffield is launching ACFA (Asian Contemporary Fine Arts), an independent art advisory business to help new and seasoned investors navigate the market. Here she shares with Ampersand Travel some insider tips on India’s art scene:

AT: Which places would you begin looking for collectable art in India?
CS: Delhi and Mumbai are the first port of call for those interested in contemporary art. Baroda in Gujarat is another artistic centre worth visiting and is based around the region’s art school. Further south, Kerala’s Kochi Biennale is a unique platform linking the art and culture of India to emerging ideas of the world at large today and blurring the boundaries between the local and the global. I also seek out art work in the southern cities of Hyderabad and Pondicherry as well as vibrant Kolkata.

How did your interest in Indian art begin?
My interest in Indian art came from my initial visit to India in 2006. I spent my first night at the Royal Bombay Yacht Club and awoke to the sounds of India. My first walk through the streets behind the Taj Mahal Palace led me to some fabulous old galleries. My exploration began at a time when the contemporary artists were just being recognised internationally. We saw some unique and exciting shows.

Who is your favourite artist/piece of work?
An artist that means a lot to me is Pakistani artist Rashid Rana who is represented by the Chemould Gallery in Mumbai and the Lisson Gallery in London. Having worked for years with artists in Pakistan, as well as India, I think Rashid’s Red Carpet Series are among my favourite works. 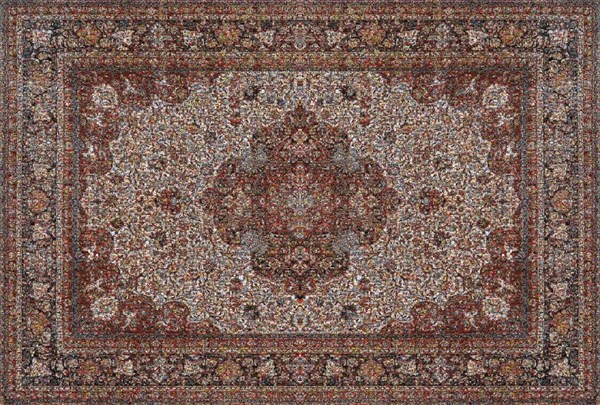 The Arts Trust - Institute of Contemporary Indian Art
ICIA is the largest grass-roots gallery in India. Located in Kala Ghoda, the cultural heart of Mumbai, and spread over three floors, this gallery is well known for exhibiting contemporary paintings and sculptures by highly collectable Indian artists. theartstrust.com

Tasveer, Mumbai
Tasveer, another Mumbai-based gallery, has its focus on the photographic arts and has exhibited leading names such as Derry Moore and Raghu Rai. It is also home to the national photography collective of India and houses a wide array of images documenting India’s history as well as archives of several iconic photographers. tasveerarts.com

Volte, Mumbai
Since opening in 2009, Volte has established itself as a prominent name in the Mumbai arts world. Housed in the fashionable suburb of Worli, Volte is home to a range of multimedia installations, events and ‘happenings’. Gallery owner Tushar Jiwarajka is eminently knowledgeable and approachable with a taste for the surreal and obscure. volte.in

Talwar Gallery, Delhi
Founded in New York in 2001 and Delhi since 2007, Talwar supports up-and-coming contemporary artists alongside the estates of influential 20th-century figures. The gallery showed a selection of images from Karen Knorr’s acclaimed series, India Song, at this year’s Kochi Biennale. talwargallery.com

Cube Gallery, Goa
Designed and owned by Sonny Singh, an architect and artist of international reputation, the Cube Gallery is set amongst the rolling hills and lush valleys of Moira in Goa. The space fosters young talent and is known for boundary-pushing exhibitions and a buzzing social scene. facebook.com/The-Cube-Gallery

We had a wonderful holiday - everything was perfect. Thank you for helping us to make a thoughtful plan to enjoy and make most out of our trip. The places we visited, the guides, the transportation and driver, the hotels selected... Everything was great!
- Jaime Benitez, South India
Everything you did for us whilst we were away was hugely appreciated, and Ampersand has been exemplary in every way. I'll always recommend you!
- Mr Richard Stoughton, Sri Lanka
Without question, you put together the best trip I have ever taken. We were shown around like visiting dignitaries, the hotels were fantastic and the itinerary was just right. Everybody I know will hear about how amazing Ampersand is!
- Leslie Siben, India
I had a very lovely time and was looked after splendidly. My first visit to India could not have been better, save for being longer! But I shall return at some point and I shall look to you to make the arrangements.
- Matthew Nicklin, North India
I would recommend Ampersand without any hesitation!!! The best travel agent that I’ve ever had. Everything – from the individual care and attention in planning the trip, through to the efficiency of the agents on the ground in India – was handled brilliantly. An absolutely first-class service all round!
- Matthew Annable, Rajasthan, India
Ampersand’s preparation, attention to detail and interaction before and during our trip show exactly why good travel agents have a role in today’s internet booking age. They were a delight to deal with!
- Mr David Wallace, North India
Ampersand provided a bespoke and flexible holiday, tailored to my every whim. Their highly professional staff had only one goal which was to arrange an exceptional holiday and some unforgettable experiences in India. I have no hesitation in fully recommending them and they will be the first company I approach in the future - 10/10
- Anonymous, India
Difficult to articulate just how good the service from you and your team really was. We know you will continue to do well and hope we have the chance to seek your assistance again before long.
- Mr & Mrs Manson, North India
So many highlights to choose from! The hotels were amazing but Maya Villa was a highlight… I loved just hanging out in the hammock reading my book and watching the peacocks chase the cows!
- Krista Weir, Sri Lanka
I thought the Ampersand team was outstanding. We couldn’t have hoped for anything more.
- Mr Geoffrey Johnson, India