The Japanese royal family are still much beloved by many of their citizens, with their public and private affairs seemingly never out of the Japanese press. There are more than a few resemblances to the British Royal Family – matters of royal lineage and accession to the Chrysanthemum Throne for first-born females a matter of ongoing lively debate in the Imperial Household, government and society at large.

In 1992, Ms Owada Masako, a budding journalist as well as social and environmental campaigner, married Prince Naruhito the first-born son of Emperor Akihito and Empress Michiko. Her struggle since then to juggle her royal responsibilities with her professional life and personal passions has echoes of Princess Diana’s early years with Prince Charles, and has been subject to similarly endless and sometimes intrusive commentary in the Japanese newspapers and media. Some see her as a renegade and sign of the final collapse of the old order of things, while others venerate her as the model of a modern Japanese woman with a ream of sometimes irreconcilable responsibilities. 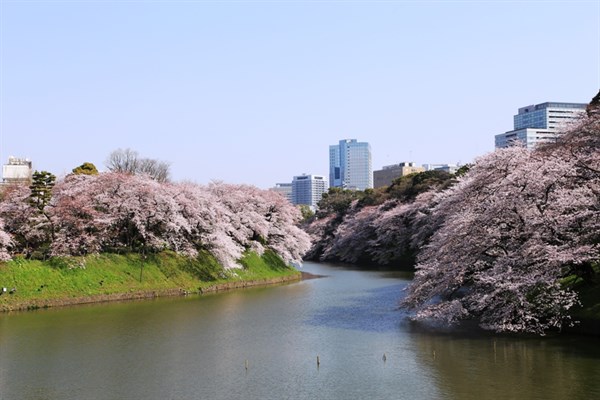 It is hardly surprising, then, that the Japanese royal family highly value the privacy they get at the Imperial Palace, Tokyo. Standing firm and imposing on the site of the feudal-era Edo Castle, it was largely destroyed by bombing during World War II (which signalled the surrender of the Japanese to the Allies), and has since been rebuilt on the same prime land in central Tokyo that was said at one time to be worth more than all the real-estate in California. It is certainly an impressive size, and one can take an hour walking around its high-walled perimeter at any time of year – in fact, it’s one of the most popular spots for Tokyo’s army of joggers of all ages. The ‘Chidorigafuchi’ moat along the north wall is one of the very best places in Tokyo to see beautiful old cherry blossom trees which grow higher than the walls themselves and cascade down almost into the water in places, with the falling petals creating a perfect seasonal picture on a sunny spring day.

The East gardens and ‘Kitanomaru’ north gardens are also open to the public throughout the year except on Mondays and Fridays, with no entrance fee. In the former, some historic original edifices and ruins from the Edo-era castle remain, whilst the latter is also an excellent place to view cherry blossom as well as visit the famous Tokyo Budokan which has hosted The Beatles, Bob Dylan and Guns n’ Roses as well as the annual Tokyo Sumo Tournament. 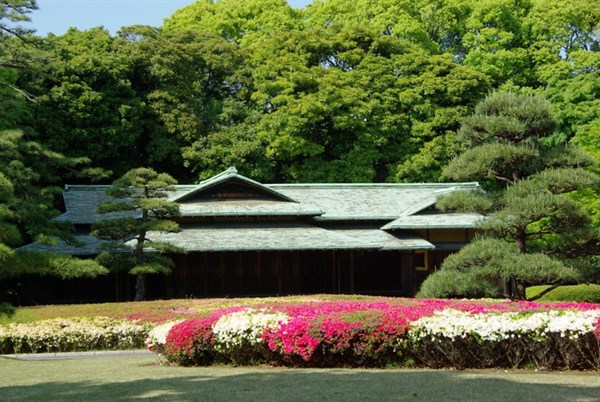 The rest of the Imperial Palace inside the mighty walls is still the Royal Family’s main residence, and the only glimpse inside that the public can get most of the year is from the balconies of the Palace Hotel. This is one of Ampersand Travel’s favourite luxury hotels in the city, with an al fresco dining terrace right by the outer moat which gives a real sense of arrival in the city. The balcony rooms at the hotel have been carefully designed to give a glimpse of the jade-green concave rooftops of the various buildings inside the walls, without disturbing the privacy of the royal family.

It is possible to see inside the walls, but as with the Imperial Villas in Kyoto there is a special application process, numbers are strictly limited, and a guided tour follows a set route which respects the royal family’s privacy and does not enter any of the buildings. The tours are generally conducted on weekdays at 10:00 a.m. and 1:30 p.m. and take approximately 1 hour and 15 minutes at a slow pace to accommodate the elderly Japanese members who tend to make up the majority of visitors. Tours do not take place on weekends or public holidays or in the afternoons July 21st – August 31st, or between 28th December and 4th January. The Imperial Court holds various functions which are not necessarily announced well in advance but also necessitate the cancellation of tours. But if you are travelling to Japan then the likelihood is that there will be tours scheduled for at least one of the days you are there, and Ampersand Travel is happy to try reserve places as a complimentary trip inclusion. 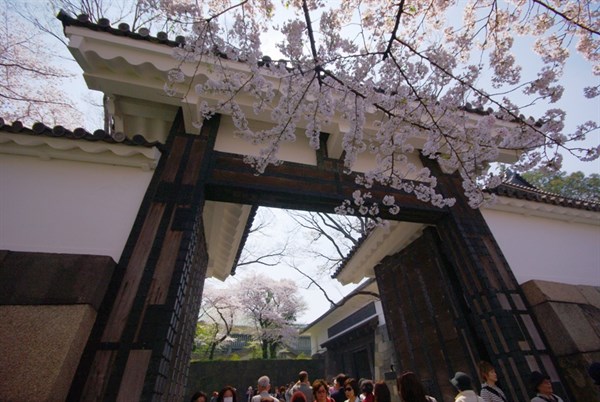 Twice a year, the imposing gates in the main plaza open up to the general public. On Emperor Akihito’s birthday, December 23rd, the imposing gates in front of the main plaza open up and visitors can queue up to be guided along the established route in groups. Then on 2nd January, the Emperor gives an address from the public balcony to the crowd in the plaza with the key members of the royal family all present and the gates open once more, before closing again for the rest of the year.

Whether or not you see inside the walls of the Imperial Palace, the sheer scale of the place, the perimeter and park walks and the resonance of both feudal and modern history make it an unmissable spot on a tour of Japan. A privately guided tour arranged as part of a tailored itinerary by Ampersand Travel provides a unique opportunity to get inside the history and culture of Tokyo and Japan, as well as the trials and tribulations of royal family members themselves.


For more information or to start planning your tailor-made holiday to Japan please contact us:

Ampersand provided a bespoke and flexible holiday, tailored to my every whim. Their highly professional staff had only one goal which was to arrange an exceptional holiday and some unforgettable experiences in India. I have no hesitation in fully recommending them and they will be the first company I approach in the future - 10/10
- Anonymous, India
Without question, you put together the best trip I have ever taken. We were shown around like visiting dignitaries, the hotels were fantastic and the itinerary was just right. Everybody I know will hear about how amazing Ampersand is!
- Leslie Siben, India
So many highlights to choose from! The hotels were amazing but Maya Villa was a highlight… I loved just hanging out in the hammock reading my book and watching the peacocks chase the cows!
- Krista Weir, Sri Lanka
I had a very lovely time and was looked after splendidly. My first visit to India could not have been better, save for being longer! But I shall return at some point and I shall look to you to make the arrangements.
- Matthew Nicklin, North India
Difficult to articulate just how good the service from you and your team really was. We know you will continue to do well and hope we have the chance to seek your assistance again before long.
- Mr & Mrs Manson, North India
We had a wonderful holiday - everything was perfect. Thank you for helping us to make a thoughtful plan to enjoy and make most out of our trip. The places we visited, the guides, the transportation and driver, the hotels selected... Everything was great!
- Jaime Benitez, South India
I would recommend Ampersand without any hesitation!!! The best travel agent that I’ve ever had. Everything – from the individual care and attention in planning the trip, through to the efficiency of the agents on the ground in India – was handled brilliantly. An absolutely first-class service all round!
- Matthew Annable, Rajasthan, India
Everything you did for us whilst we were away was hugely appreciated, and Ampersand has been exemplary in every way. I'll always recommend you!
- Mr Richard Stoughton, Sri Lanka
Ampersand’s preparation, attention to detail and interaction before and during our trip show exactly why good travel agents have a role in today’s internet booking age. They were a delight to deal with!
- Mr David Wallace, North India
I thought the Ampersand team was outstanding. We couldn’t have hoped for anything more.
- Mr Geoffrey Johnson, India