The nation of India has always been a culture of thought and philosophy. From art to astrology, religion to space exploration, the many cultures of the subcontinent have influenced progress and enlightenment for millennia. A total of twelve Indians have won the Nobel Peace Prize over the years while the fields of science and mathematics have had many sons and daughters of Hindustan as celebrated leaders. Here we visit the stories of a handful of revolutionary thinkers whose extraordinary lives and work helped change the world:

Sir Jagadish Chandra Bose (1858-1937) Physicist and Botanist
Sir J.C Bose was a man of rare genius. A polymath, physicist, biologist, botanist and archaeologist, Bose was born in West Bengal in 1858 and educated at Cambridge University. Amongst other achievements, he was the first person to detect radio signals, demonstrating wireless communication for the very first time. Called the ‘father of open technology’, Bose had no interest in patent and profit but rather made his work freely available for successors to expand on. The Bengali prodigy also invented the crescograph, which measures plants responses to stimulation and promoted the theory that plants can feel pain and respond to nurturing affection. By night a prolific writer of science fiction, Bose died in 1937 and Kolkata’s Botanic Gardens were renamed in honour of him in 2009. 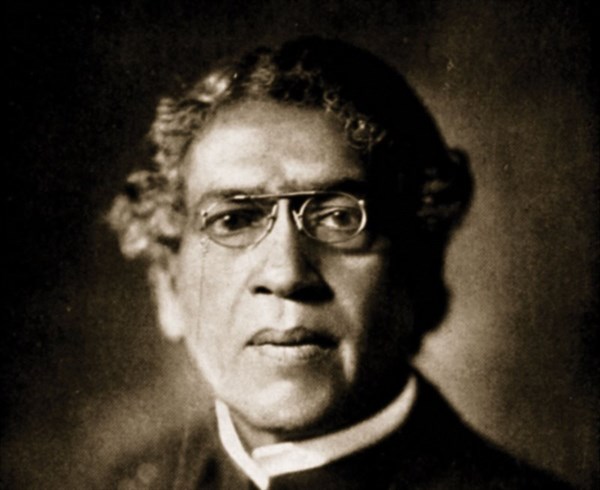 Vikram Sarabhai (1919-1971) Scientist and Industrialist
Revered as the father of India’s space programme, Vikram Sarabhai was born in Ahmadabad, Gujarat in 1919 to a famous industrial family. He founded the Physical Research Laboratory (PRL) in 1947 at his residence which quickly became known as the cradle of space sciences in India. An extended stay at his childhood home by Mahatma Gandhi greatly influenced the young Sarabhai and he early developed a vision to propel India into one of the leaders in space exploration. He also built the first rocket launching station in the country near Trivandrum, Kerala in 1963 and pioneered research into solar and interplanetary physics. Sarabhai helped develop nuclear power in India for defence purposes and was awarded two of the nation’s highest honours, the Padma Bhushan (1966) and the Padma Vibhushan (awarded posthumously in 1972). One of Sarabhai’s great visions was to take education to remote villages through satellite communication. 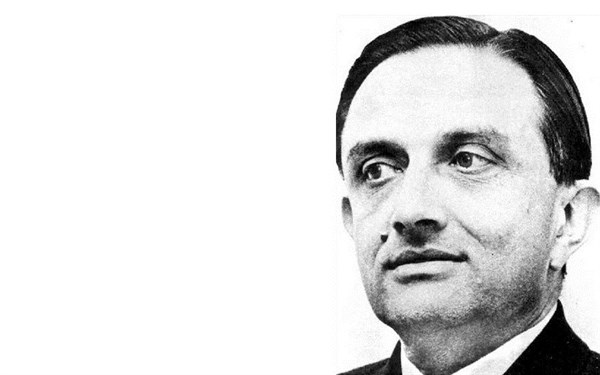 Salim Ali (1896-1987) Ornithologist and Author
The greatest ornithologist in Indian history, Ali was known as ‘The Birdman of India’. As a young man he struggled to find work in natural history despite a foreign degree. After a spell working for the family business in Burma, Ali took over the charge of the prestigious Bombay Natural History Society post Independence. Passionate about the ecology of bird life, Ali ensured the survival of great natural habitats such as Bharatpur Bird Sanctuary and Kerala’s Silent Valley National Park. He summed up the power of bird watching succinctly; ‘When you are concentrating on the birds, you forget most things.’ His gem of an autobiography, ‘The Fall of the Sparrow’ chronicles a life filled with energy and perseverance. Ali was tackling hazardous terrains well into old age and contributed immeasurably to the conservation of India’s wildlife. He died aged 90 of prostate cancer leaving a rich legacy. 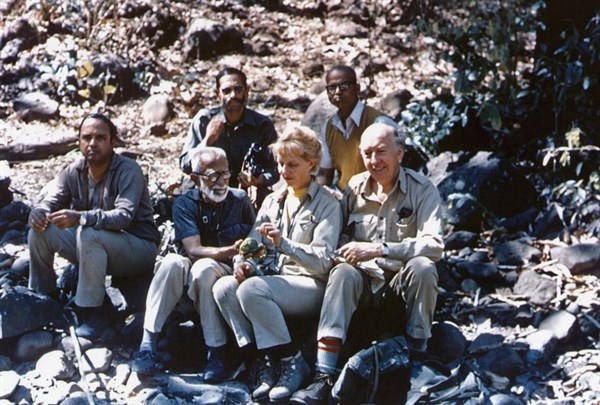 APJ Abdul Kalam (1931-2007) Scientist and Statesman
A whole generation of Indians have grown up with the motivational quotes of the great scientist APJ Abdul Kalam who was also the 11th President of India. Referred to as ‘The Missile Man’, Kalam spent four decades in science and nuclear development being instrumental in the advancement of the work of ballistic and launch vehicle technology. The son of a Tamil Imam, Kalam’s childhood was poor but happy. Deeply patriotic from a young age, the future president dreamed of becoming a fighter pilot but narrowly missed the required grades. After graduating from Madras Institute of Technology in 1960, one of Kalam’s early achievements was designing a hovercraft. Later inventions included a low-cost coronary stent and a rugged tablet computer for healthcare in rural areas. After winning the 2002 presidential elections, Kalam served in office until 2007 becoming the first scientist and bachelor to occupy the official residence, Rashtrapati Bhavan. Acclaimed as ‘a rare combination of a great statesman, acclaimed scientist, and a source of inspiration to the young generation of South Asia’, Kalam’s death in 2015 led to a huge nationwide outpouring of grief and seven days of official mourning. His spirit is perhaps best summed up in one of his famous lines: ‘No sanction can stand against ignited minds’. 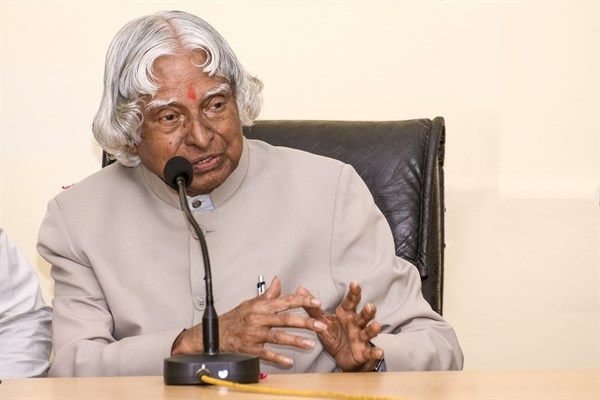 Chandrasekhara V Raman (1888-1970) Physicist and Nobel Prize Winner
India’s first Nobel Prize winner Chandrasekhara V Raman undertook a lifetime of research in, among other fields, light scattering – the medium by which we see objects. Himself the son of a mathematics lecturer at Madras’s Presidency College, Raman was an early prodigy, winning gold medal in physics and held a high government office at the age of 19. During ‘a golden spell’ as Professor of Physics at the University of Calcutta, Raman continued research at the lyrically --named Indian Association for Cultivation of Science (IACS). His discoveries on light scattering, now called the ‘Raman Effect’, proved of huge global value and gave further proof of the quantum nature of light. This research was said to have been ignited by his intrigue with the colour of glaciers and the azure Mediterranean. Ever the avid questioner, Raman wanted to unravel the mystery of why water, a colourless fluid, appeared blue to the human eye. Despite being awarded a knighthood in 1929, a Nobel Peace Prize in 1930 (with equipment worth 300 rupees) and India’s highest honour, the Bharat Ratna Prize in 1954, Raman remained a deeply self-effacing and humble man dying in 1972 as a ‘guru’ to generations of science students. 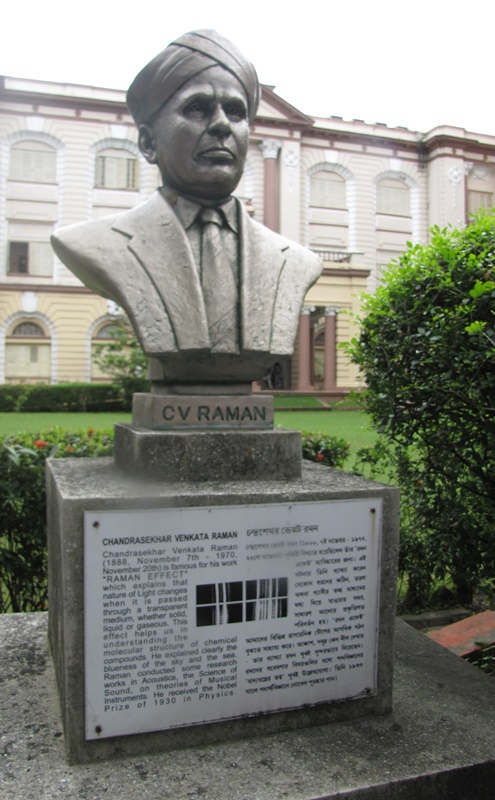 Shankulata Devi  (1939-2013) Human Calculator and Author
Widely known as the ‘human calculator’, Devi was a writer and mathematician whose abilities landed her in the Guinness Book of World Records. Born into a Tamil Brahmin family, Devi’s father had rebelled against becoming a temple priest and worked as a circus lion-tamer and magician. Once he discovered his daughter’s genius for numbers at the age of 3, Devi’s father took her on the road and she displayed her talents at universities across the world. The high point of her public life came in 1980 where she demonstrated the multiplication of two 13-digit numbers—7,686,369,774,870 × 2,465,099,745,779 which were selected randomly by Imperial College London’s computer department. Devi correctly answered in 28 seconds earning a place in the Guinness Hall of Fame with one onlooker commenting ‘the result is so far superior to anything previously reported that it can only be described as unbelievable’. Divorced in 1979 and the mother of one daughter, Devi was also the author of India’s first sympathetic study of homosexuality as well as astrology and cookbooks. She was honoured with a Google doodle in 2013, the year of her passing away aged 83. 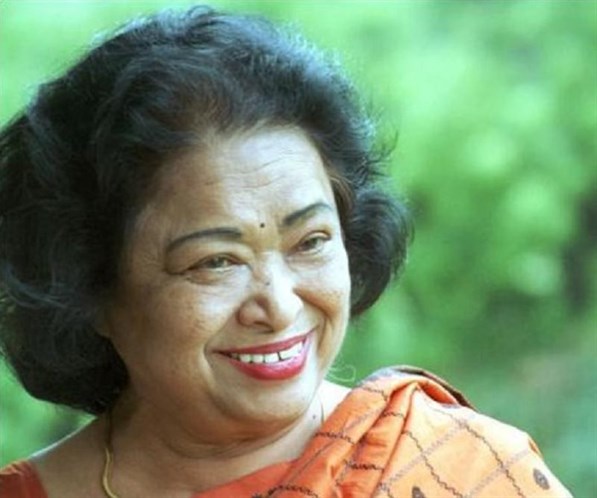 
For more information or to start planning your tailor-made holiday to India, please get in touch:

I had a very lovely time and was looked after splendidly. My first visit to India could not have been better, save for being longer! But I shall return at some point and I shall look to you to make the arrangements.
- Matthew Nicklin, North India
Ampersand provided a bespoke and flexible holiday, tailored to my every whim. Their highly professional staff had only one goal which was to arrange an exceptional holiday and some unforgettable experiences in India. I have no hesitation in fully recommending them and they will be the first company I approach in the future - 10/10
- Anonymous, India
I thought the Ampersand team was outstanding. We couldn’t have hoped for anything more.
- Mr Geoffrey Johnson, India
I would recommend Ampersand without any hesitation!!! The best travel agent that I’ve ever had. Everything – from the individual care and attention in planning the trip, through to the efficiency of the agents on the ground in India – was handled brilliantly. An absolutely first-class service all round!
- Matthew Annable, Rajasthan, India
Everything you did for us whilst we were away was hugely appreciated, and Ampersand has been exemplary in every way. I'll always recommend you!
- Mr Richard Stoughton, Sri Lanka
So many highlights to choose from! The hotels were amazing but Maya Villa was a highlight… I loved just hanging out in the hammock reading my book and watching the peacocks chase the cows!
- Krista Weir, Sri Lanka
Without question, you put together the best trip I have ever taken. We were shown around like visiting dignitaries, the hotels were fantastic and the itinerary was just right. Everybody I know will hear about how amazing Ampersand is!
- Leslie Siben, India
Difficult to articulate just how good the service from you and your team really was. We know you will continue to do well and hope we have the chance to seek your assistance again before long.
- Mr & Mrs Manson, North India
Ampersand’s preparation, attention to detail and interaction before and during our trip show exactly why good travel agents have a role in today’s internet booking age. They were a delight to deal with!
- Mr David Wallace, North India
We had a wonderful holiday - everything was perfect. Thank you for helping us to make a thoughtful plan to enjoy and make most out of our trip. The places we visited, the guides, the transportation and driver, the hotels selected... Everything was great!
- Jaime Benitez, South India