Kolkata is a feast for every sense. A throbbing 350-year old metropolis on India’s western coast, the West Bengal capital thrives on contradictions and grand spectacle, nothing is allowed to be commonplace or quiet here. Visitors who get under Kolkata’s skin will quickly understand why it has been called 'the city of joy - and tears'. From the mighty Hooghly River to the monumental Victoria Memorial, Kolkata is large in scale and spirit (and crowds). India's second biggest city is a deeply rewarding place to discover. 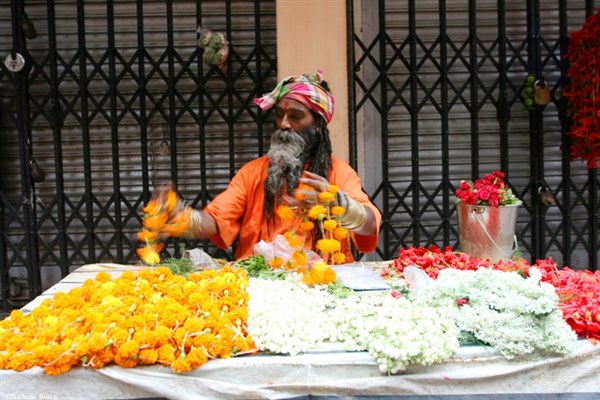 Formerly the flagship of British India before the government moved to New Delhi in 1912, Kolkata has a distinct whiff of its regal past lingering in the decaying buildings and quaint street names. A gentler landscape than its imperial successor, and more courtesan than colonial official, the humid and highly scented Kolkata retains an air of swashbuckling sensuality. The golden mansions may be peeling and swathed in vines, but they have housed some of the greatest minds, nobles and villains in Indian history. A sense of aristocratic pride, however battered, remains, only adding to the unique charm. 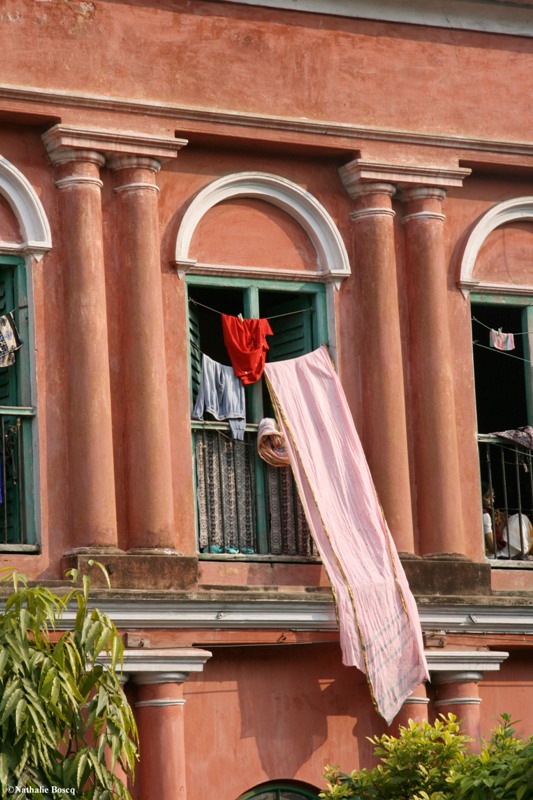 Kolkata is also a city very much in the present with a burgeoning contemporary arts culture. It pays homage to its intellectual and artistic heritage but also celebrates modern advances and embraces new ideas with aplomb. Activism and boundary pushing is ingrained into the city’s DNA – from the revered freedom fighters of pre-independence to the 21st century poets weaving tales of gender-fluid love affairs. This is a place that dances to the beat of its own drum. 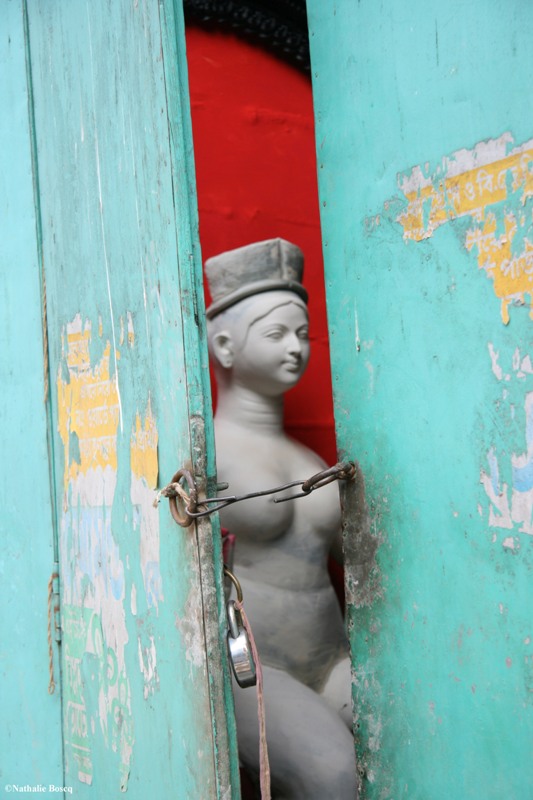 Explore museums filled with treasures, sprawling urban slums, colourful design boutiques and the most romantic cemetery on the subcontinent - Kolkata has it all. We have handpicked some of our favourite insider places to experience ‘Cal’ like a true local. 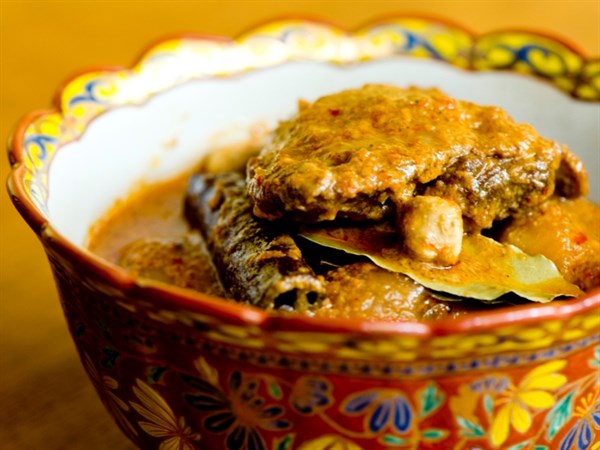 6 Ballygunge Place
A traditional Bengali house from the British Raj converted into a beautiful restaurant, 6 Ballygunge Place is a destination in itself for the best food in 'Cal'.
31 A DD Block, Salt Lake, Kolkata 700019 Tel: 085700 21369

Suruchi
Started in 1969, this was Kolkata's first restaurant dedicated to Bengali fare. Run by the All Bengal Women's Union - which was set up to rehabilitate women affected by the Partition—it is still staffed entirely by women. Only open for lunch, plump for the wonderful thalis or local delicacies such as Mochar Ghanto and Begun Basanti.
89 Elliot Road, Kolkata 700016  Tel: 033 2229 1763

Mocambo
One of the oldest and finest restaurants in Kolkata, Mocambo is known for its continental (i.e. western) food. Enjoy the friendly buzz while tucking into the iconic devilled crab and a very good Bloody Mary. The North Indian fare is also delicious here. Courteous service at a stately pace!
25B Park Street, Kolkata, 700014, India Tel: 033 2229 0095

The Bengal Club
Do get brought here as a guest for dinner if you can – a true bastion of old ‘Calcutta’. The Bengal Club is adorned with florid 18th-century art of dubious lineage and an unmatchable atmosphere. Good plain Anglo-Indian fare is the order of the day, delicious roast chicken and crisp wines by the glass. Tweedy colonels and their lively wives in shimmering saris and jewels sit at white linen bedecked tables and gossip with gusto.
1/1 Russell Street, Kolkata, 700 071 www.thebengalclub.com

Dolly's Teahouse
Owner Dolly is a character, a Kolkata dowager and lady tea master of great elegance and joie de vivre. She set up this charming tiny teahouse as a social hub and it has become a landmark in the city. Housed in Dakshinapan shopping complex, come here for first flush Darjeeling, genteel sandwiches and a well-earned retreat from the cacophony outside. A great find.
Shop No. G-62, Ground Floor, Dakshinapan Shopping Complex, Kolkata 700068. Tel: 033 2423 7838 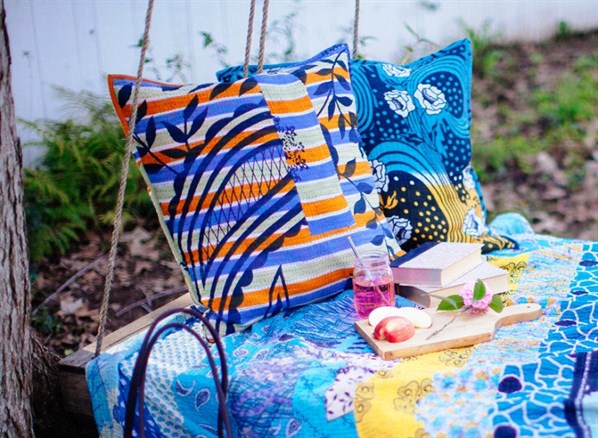 Maku Textiles
They have a client following that stretches from Paris to Tokyo, but the duo behind Maku Textiles are not courting fame. The brand is dedicated to preserving the dying craft of cotton weaving in Bengal and providing long-term incomes for the weavers. Come to the studio to find ready-made garments (in blue and white) and place custom orders. Fiona Caulfield, of the renowned Love Travel guides, hales Maku Textiles as her favourite place to buy clothes in Kolkata.
68 Bondel Road, Ballygunje Phari, Kolkata 700019 Tel: 033 40063782

Byloom
An ode to Indian craftsmanship, Byloom is the creation of dynamic husband and wife, Bappaditya and Rumi, a store and café in a charming house devoted to artisan goods. Eponymous saris and textiles sit next to accessories, garments and homewares from ethical brands and NGOs. Linger with a drink and local snack and soak up the atmosphere.
58B Hindustan Park, Kolkata www.byloom.co.in

Raj Mahtani
The scion of a long line of jewellers, Raj Mahtani takes his design inspiration from architecture, art and even cutlery. Emerald, rubies and other precious stones tumble into breathtaking pieces at this atelier on Kolkata’s smart Park Street. Make like a Bollywood diva and order something that deserves its own vault.
12-J Park Street, Kolkata-700071 www.rajmahtani.com

Sari Bari
Working in one of the largest red light districts in Asia, NGO Sari Bari was founded by two Americans in 2006. Providing an industry for over 120 vulnerable women, the charity is committed to a ‘freedom business’ model. The women produce high quality embroidered pieces including throws, bedcovers and lots of lovely bags.
By appointment only. Tours Monday and Thursday. www.saribari.com

Tia Pakhi Boutique
The lovechild of French fashion designer Anaïs, who lives in the city and is married to a Bengali, this diminutive boutique’s name means green parrot. Contemporary kantha homewares and fashion draw on age-old aesthetics and come from artisans in nearby villages. A heart-warming antidote to consumer culture and committed to upholding the value of human dignity – we are great fans.
49/13 Hindustan Park, Kolkata 700 029 www.tiapakhi.com 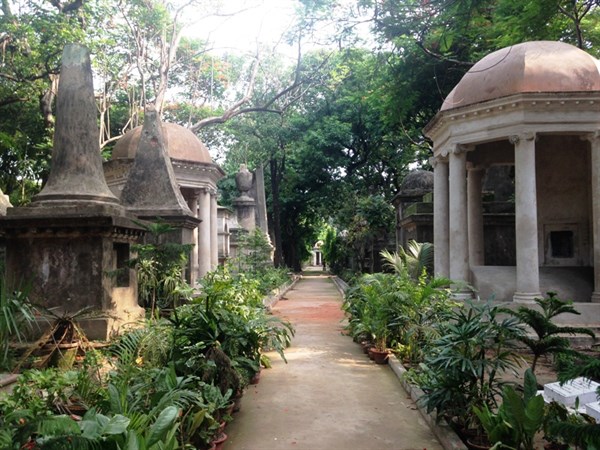 South Park Street Cemetery
Step back into the grandiose British legacy in Kolkata at this cemetery established in 1767. Discover fascinating obelisks, temples and general gothic splendour, all refusing to be upstaged by vines and monkeys. Read the idiosyncratic and moving memorial tablets including one for poor Rose Aylmer, who died aged 20 from 'eating a surfeit of pineapples' and the eccentric Major General 'Hindoo' Stuart who controversially embraced Hinduism.
184, Acharya Jagadish Chandra Bose Road, Park Street area, Kolkata, 700017 Open: 10am-4.30pm

Marble Palace
A whimsical creation built by passionate art collector Raja Rajendra Mullick in 1835. The marble place is a private residence, still inhabited by the same family. Entry is free, but you have to get a special permit 24 hours in advance from the West Bengal Tourism Information Bureau at BBD Bag. Besides the astonishing interiors and antiques, there is also a zoo, the first of its kind opened in India.
46, Muktaram Babu Street, Chorbagan, Kolkata

Dhakshineshwar Kali temple
Dhakshineshwar Kali temple is situated on the banks of Hooghly River and one of the most sacred temples in west Bengal. Built by landowner Rani Rasmoni, the chief deity is Bhavatarini, who is said to liberate devotees from the ocean of existence. According to lore, Rani Rasmoni had a dream where the goddess Kali instructed her to build a temple, which was finally completed in 1855. Tuesdays and Saturdays see large crowds as it is considered an auspicious day for worshipping Kali. The best time to visit the temple is in the morning or the evening arti ceremony.
May Dibas Pally, Dakshineswar, Kolkata 700076 www.dakshineswarkalitemple.org

I had a very lovely time and was looked after splendidly. My first visit to India could not have been better, save for being longer! But I shall return at some point and I shall look to you to make the arrangements.
- Matthew Nicklin, North India
Ampersand’s preparation, attention to detail and interaction before and during our trip show exactly why good travel agents have a role in today’s internet booking age. They were a delight to deal with!
- Mr David Wallace, North India
I would recommend Ampersand without any hesitation!!! The best travel agent that I’ve ever had. Everything – from the individual care and attention in planning the trip, through to the efficiency of the agents on the ground in India – was handled brilliantly. An absolutely first-class service all round!
- Matthew Annable, Rajasthan, India
Without question, you put together the best trip I have ever taken. We were shown around like visiting dignitaries, the hotels were fantastic and the itinerary was just right. Everybody I know will hear about how amazing Ampersand is!
- Leslie Siben, India
So many highlights to choose from! The hotels were amazing but Maya Villa was a highlight… I loved just hanging out in the hammock reading my book and watching the peacocks chase the cows!
- Krista Weir, Sri Lanka
Ampersand provided a bespoke and flexible holiday, tailored to my every whim. Their highly professional staff had only one goal which was to arrange an exceptional holiday and some unforgettable experiences in India. I have no hesitation in fully recommending them and they will be the first company I approach in the future - 10/10
- Anonymous, India
We had a wonderful holiday - everything was perfect. Thank you for helping us to make a thoughtful plan to enjoy and make most out of our trip. The places we visited, the guides, the transportation and driver, the hotels selected... Everything was great!
- Jaime Benitez, South India
Everything you did for us whilst we were away was hugely appreciated, and Ampersand has been exemplary in every way. I'll always recommend you!
- Mr Richard Stoughton, Sri Lanka
Difficult to articulate just how good the service from you and your team really was. We know you will continue to do well and hope we have the chance to seek your assistance again before long.
- Mr & Mrs Manson, North India
I thought the Ampersand team was outstanding. We couldn’t have hoped for anything more.
- Mr Geoffrey Johnson, India