Christmas is coming! We have curated a short-list of our favourite globetrotting books for gift ideas. From the inside world of HH The Dalai Lama to the art of Japanese cooking, there is something for every travel taste in our hand-picked wish list below! 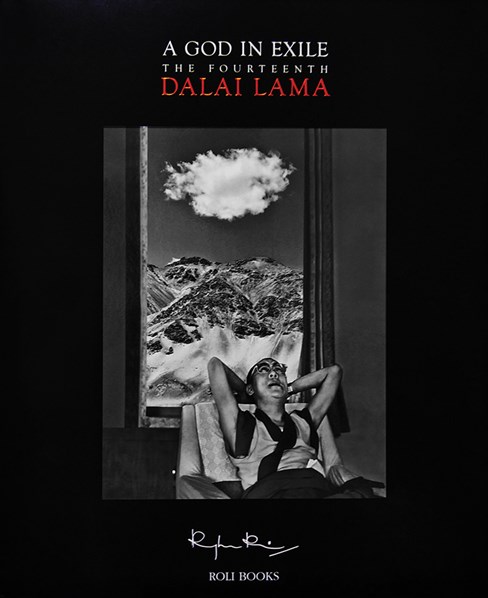 India’s most celebrated photojournalist, Raghu Rai, and Tibet’s Buddhist leader, the 14th Dalai Lama forged a bond over their shared link. Both rooted up from their homelands, the partition of India and Pakistan in 1947 led to Rai’s journey across the border aged just 5. His Holiness was almost 24 when he fled his native land to freedom in India.

Rai was discovered in Paris in 1972 by the doyen of 20th-century photography, Henri Cartier-Bresson. This led Rai to Dharamsala, to photograph the Dalai Lama. The images in A God in Exile are intimate glimpses into the private world of a dethroned god-king. In charming anecdotes that pepper the book, the mutual affection and respect of HH and Rai are palpable. Powerful images document the daily life of one of the world’s great spiritual figures. In the words of Rai himself, the book is ‘filled with his godly presence.’ This is a very personal tribute to India’s most cherished guest and political refugee. 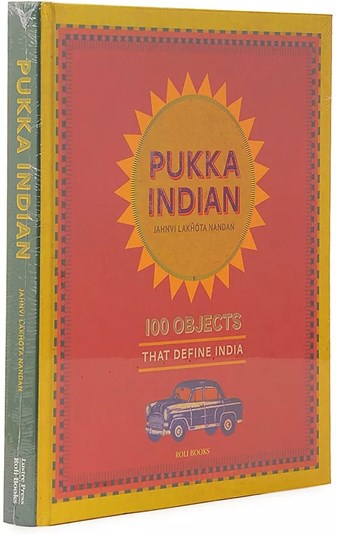 ‘In India, to understand objects in terms of design, one has to re-imagine design itself’. So goes the intriguing opening to a glimpse into the magic of everyday designs of the subcontinent. Vibrant images accompanied by pithy descriptions tell the stories of objects encountered by anyone visiting or living in India, from the humble Neem twig used medicinally  to the iconic lota pot.

Pukka Indian or ‘Purely Indian’ joyfully brings together a hundred objects that are symbolic of Indian culture. Celebrating  their diversity, versatility and colours, we meet the Kolhapuri chappal (sandal), Nehru jacket, the auto-rickshaw meter and the iconic Ambassador car among others.  The author, Lucknow-born Jahnvi Lakhota Nandan is, somewhat exotically, a perfumer in Paris but has returned to her roots and uses her well-honed eye to give tribute to Indian design in all its diverse forms. A fabulous book for any lovers of craftsmanship, and of course, India.

Arabia: A Journey Through The Heart of The Middle East
Levison Wood (Hodder & Stoughton) 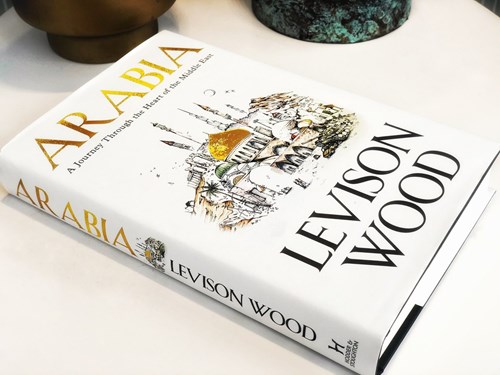 A spirited and honest account of an epic and unprecedented 5,000-mile journey through 13 countries, circumnavigating the Arabian Peninsula. From Mosul in Iraq to Beirut in Lebanon and to the shores of the Mediterranean, explorer Levison Wood travelled by foot, on camel and donkey and even hitch-hiking in his most daring expedition yet, undertaken last year. This book  is a fresh insight into some of the most feared and fascinating landscapes on earth. exploring the Middle East through the lives, hearts and hopes of its people. Wood attempts, and succeeds in both challenging the media bias from the West and fearlessly reaches into the chest of this ancient region, pulling out its heart for us to see both truths and reality. A triumph. 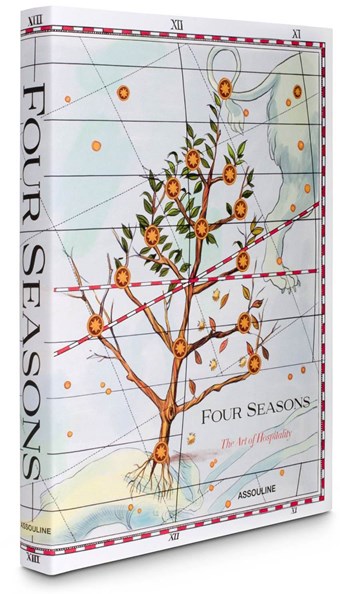 One for lovers of style - this new book from Assouline tells the unique stories behind iconic hospitality brand Four Seasons Hotels and Resorts. Playfully and atmospherically illustrated by renowned digital artist Ignasi Monreal, Four Seasons: The Art of Hospitality is much more than a glossy hotel book. It  is an homage to the world of ‘unscripted care and service’ delivered by the the people and properties of Four Seasons, from Hong Kong to Thailand’s Golden Triangle, and features some of our favourite hotels anywhere. The 212-page book also sports a foreword from Pilar Guzmán, longtime travel industry leader and former Editor-in-Chief of Condé Nast Traveler. 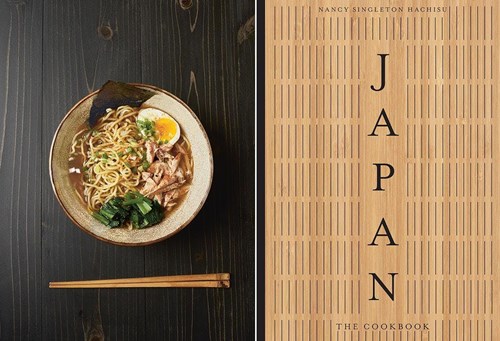 Japan: The Cookbook is a 450-page lovesong to the art of Japanese cuisine. Accompanied by luscious photographs, author Nancy Singleton Hachisu mines Japan’s 1,000-year old culinary heritage which she describes lovingly as ‘the artful layering of sublime ingredients’. A Californian who has lived in Japan for 30 years, the author is married to a farmer  in rural Saitama where they live in an 85-year old traditional farmhouse. Divided into 16 categories, the destined-to-be-a-classic book spans everything from steamed, fired, vinegared and rice dishes. Hachisu speaks with authority on the complexities of flavouring and the subtle uses of fermented ingredients saying, ‘In Japan, less is more’. Contributors range from legendary chefs to artisanal food makers and even a Zen nun as well as Teiko Watanabe, an octogenarian grandmother, whose food Hachisu describes as ‘bright and delicious’. We meet dishes that zing with spark, from egg-yolk dressed crab and cucumber to potato salad with black sesame, dashi-steamed cabbage rolls and Japanese egg drop soup. This is a book to inspire both new and seasoned cooks to delve deeply into the simple yet rich joys of Japanese cuisine.

For more information or to start planning your tailor-made holiday, please contact us:

Everything you did for us whilst we were away was hugely appreciated, and Ampersand has been exemplary in every way. I'll always recommend you!
- Mr Richard Stoughton, Sri Lanka
I thought the Ampersand team was outstanding. We couldn’t have hoped for anything more.
- Mr Geoffrey Johnson, India
So many highlights to choose from! The hotels were amazing but Maya Villa was a highlight… I loved just hanging out in the hammock reading my book and watching the peacocks chase the cows!
- Krista Weir, Sri Lanka
We had a wonderful holiday - everything was perfect. Thank you for helping us to make a thoughtful plan to enjoy and make most out of our trip. The places we visited, the guides, the transportation and driver, the hotels selected... Everything was great!
- Jaime Benitez, South India
Ampersand’s preparation, attention to detail and interaction before and during our trip show exactly why good travel agents have a role in today’s internet booking age. They were a delight to deal with!
- Mr David Wallace, North India
Difficult to articulate just how good the service from you and your team really was. We know you will continue to do well and hope we have the chance to seek your assistance again before long.
- Mr & Mrs Manson, North India
Ampersand provided a bespoke and flexible holiday, tailored to my every whim. Their highly professional staff had only one goal which was to arrange an exceptional holiday and some unforgettable experiences in India. I have no hesitation in fully recommending them and they will be the first company I approach in the future - 10/10
- Anonymous, India
Without question, you put together the best trip I have ever taken. We were shown around like visiting dignitaries, the hotels were fantastic and the itinerary was just right. Everybody I know will hear about how amazing Ampersand is!
- Leslie Siben, India
I would recommend Ampersand without any hesitation!!! The best travel agent that I’ve ever had. Everything – from the individual care and attention in planning the trip, through to the efficiency of the agents on the ground in India – was handled brilliantly. An absolutely first-class service all round!
- Matthew Annable, Rajasthan, India
I had a very lovely time and was looked after splendidly. My first visit to India could not have been better, save for being longer! But I shall return at some point and I shall look to you to make the arrangements.
- Matthew Nicklin, North India