It is easy to be overwhelmed by the sheer variety of enticing activities on offer in North India, but fortunately our specialists have done the hard work for you and scoured the region in search of the crème de la crème. See below for our top five…

1. Sunrise on the Ganges, Varanasi

Claimed by many to be the oldest city in India, Varanasi, or “Benares” as it is known to locals, has a rich and diverse history intimately intertwined in religion. The city holds an important role not only in Hinduism, but in Jainism, Buddhism and Sikhism – ensuring a constant flow of devotees and pilgrims to its hub at any point of the year.

No trip to Varanasi would be complete without waking early to witness sunrise on the Ganges: the stillness of morning, when the city has yet to fully wake up, and peaceful ghats full of meditating yogis, religious ascetics and local priests quietly performing intimate family rituals stand in stark contrast to the chaos that is synonymous with Varanasi at night.

On our flower-lined boat we were accompanied by two local musicians, who serenaded us with Indian classical music as we sailed downstream. Each contrasting scene we passed became its own unique vignette, allowing us to peer into fascinating scenes of local life from ashram students practising laughing yoga, to children bathing in the holy river water and – perhaps most shocking to the Western onlooker – families setting fire to loved ones in plain sight at the city’s cremation grounds.

This last sight perhaps stays with the foreign traveller the longest. In the West we are accustomed to hide death and keep it at a distance, be it from denial that it is something we will all go through, or from fear of remembering our loved ones in their post mortem state. As a visitor to Varanasi, I was therefore struck above all else by the extreme honesty of this scene. There is no hiding of the body or beautification that takes place, but rather a blunt and admirable acceptance of it all. In many ways this is something characteristic of Varanasi as a whole. Life here seems to be present and raw in all its forms, bringing to life stark contrasts between life and death, joy and grief, wealth and poverty.

By the time you sail back to the main ghat by morning, the city is already alive and heaving once more! 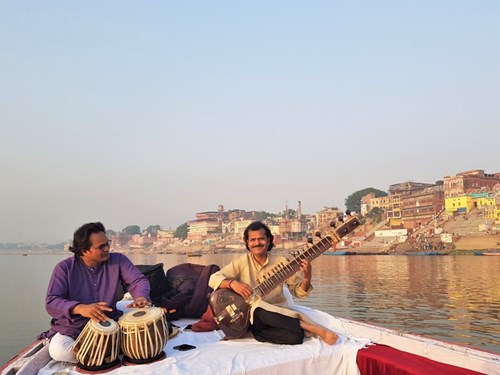 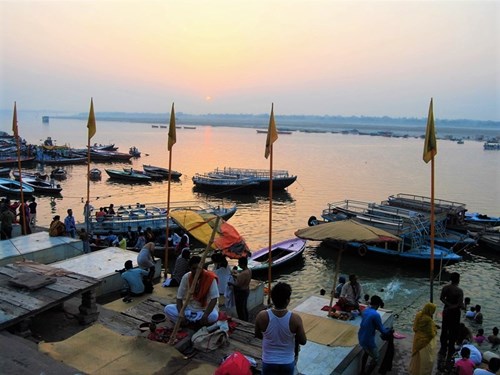 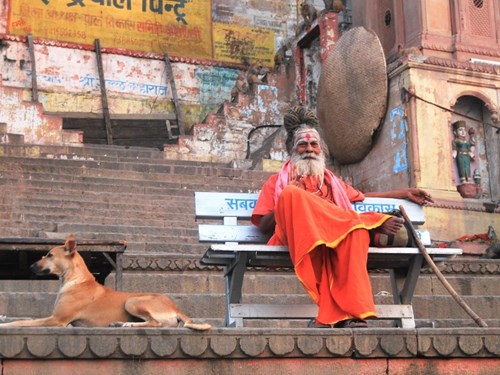 Nowhere is the city’s spirituality more palpable than at evening prayers or “aarti” on the ghats of the Ganges. Thousands of Hindus descend each night onto Dasashwamedh Ghat to watch as local priests “put Goddess Ganges to bed” through an artful and humbling array of ancient calls and fire rituals. The visual display is accompanied by an ethereal background accompaniment of hymns creating an otherworldly, and incredibly moving, atmosphere – the scene emanating such a sense of ethereal devotion that it feels welcoming and inclusive of all, no matter one’s religious background. Indeed, the demographic of the pilgrims is remarkably diverse. You find families, street paupers, sadhus, tantra practitioners, hippies, the young and old all perched on the ghats, staring on in wonder.

On my recent trip to Varanasi my colleague Catriona and I were fortunate enough to have front row seats at this display and to take part in the ceremony! We walked down to the water’s edge beside the local priests and presented offerings to the Ganges whilst surrounded by the hypnotic hum of Hindu prayers. After filling the water with marigold garlands, holy leaves, and rice we then returned to the ghats to watch the priests set fire to their ceremonial lamps and brandish them against the night sky. The whole ceremony lasted for about an hour, and leaves you feeling quite mesmerised. 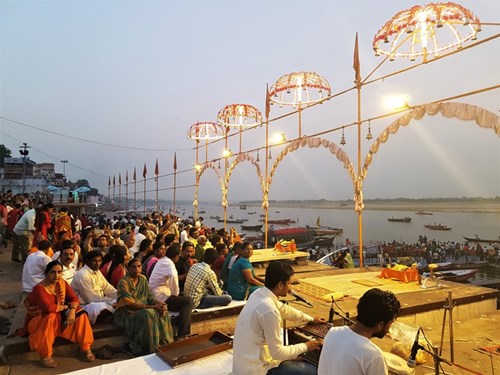 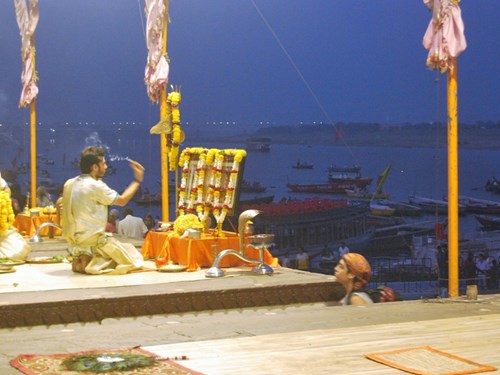 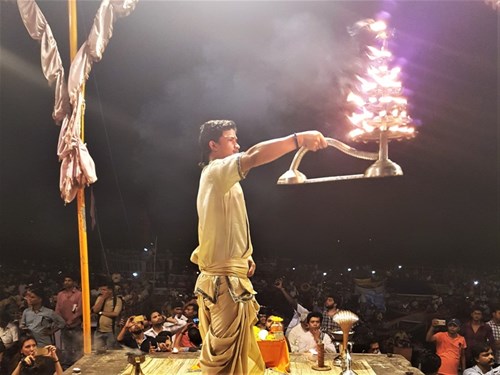 As the former capital of the British Raj, Calcutta in its heyday attracted people from diverse backgrounds and ethnicities in search of opportunity. Many of these immigrant communities are still present in modern day Calcutta, and a walk around the old part of the city offers an eye-opening and extremely memorable insight into the diversity of this famed ‘cultural capital’.

We were extremely lucky to have the fantastic local guide, Iftikhar Ahsan, of ‘Calcutta Walks’ with us as we travelled. Iftikhar is a fervent advocate for maintaining the heritage of Calcutta and has even undertaken an impressive personal restoration of a beautiful townhouse to turn it into a characterful boutique hotel (‘Calcutta Bungalow’), and it felt very special to be shown the city by someone so passionate about its heritage. As we wandered through the streets, we soon stumbled into China Town – the largest of its kind in India – and passed Buddhist schools, shops selling fresh noodles, Buddhist temples and even a Chinese community center filled with old men playing mahjong. It felt quite surreal to be surrounded by such a significant Chinese population in India, albeit a dwindling one, and, in fact, were soon to discover that this was just the first of many curious surprises we encountered in this fascinating city. As we continued winding through the narrow streets, we passed a kaleidoscope of cultures living side by side; from British-Indians living in upmarket townhouses next to where Zoroastrian Parsis worship in their fire temple, to Christians attending mass at a church whose pastor spoke 10 different languages. All in the space of thirty minutes! For an unusual tour of the city that digs a little deeper than monument hopping, it is an absolute must.

And if you end up near Newmarket be sure to try the fruit cake from the renowned Jewish bakery Nahoum’s! 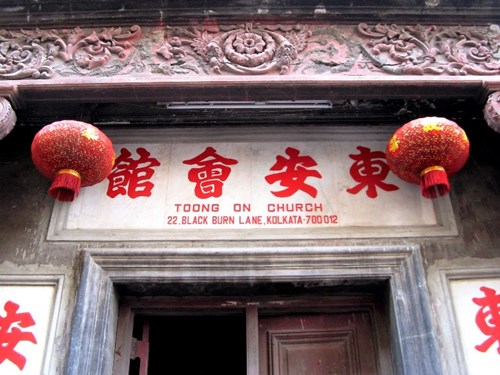 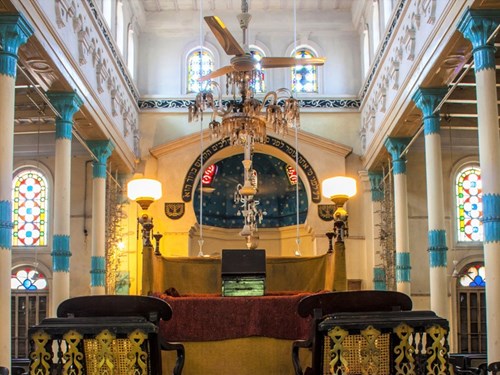 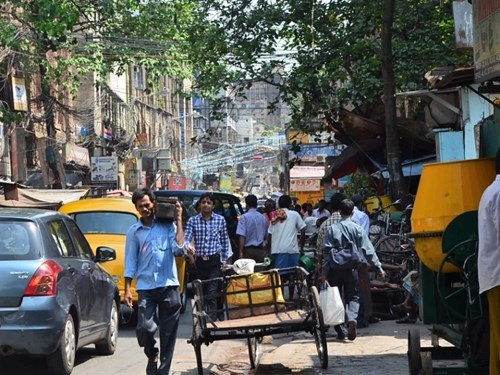 While New Delhi is modern, cosmopolitan and surprisingly European in feel, Old Delhi retains the chaos and frenetic atmosphere of yore. For this reason, it is an unmissable stop on any tour of India’s capital.

Begin your tour at the Jama Masjid, to witness another masterpiece produced under the reign of Shah Jahan and one of the largest mosques in India, and continue on into new Delhi, trying the local street food along the way including Kachori at “Jung Bahadur Kachori Wala”, samosas, and Paratha at “Delhi Paranthe Wali Gali”. If you’re still hungry by the end of it then venture to satisfy your sweet tooth with Jalebi at the “Old Famous Jalebi Walla” or with gourmet kulfi frozen inside whole fruits at “Kuremal Mohanlal Kulfi”!

Finish your tour with a walk through the spice market in Chandni Chowk and enjoy the perfect opportunity to buy fresh spices at good value. The rooftops of this section of the city make particularly good lookout points and photo opportunities to see the vibrancy of local life from afar. 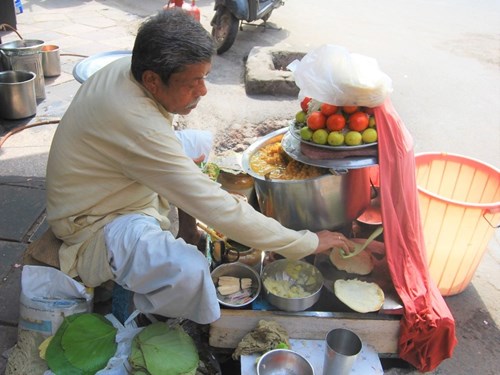 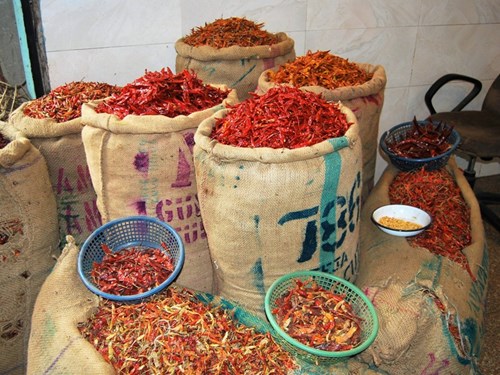 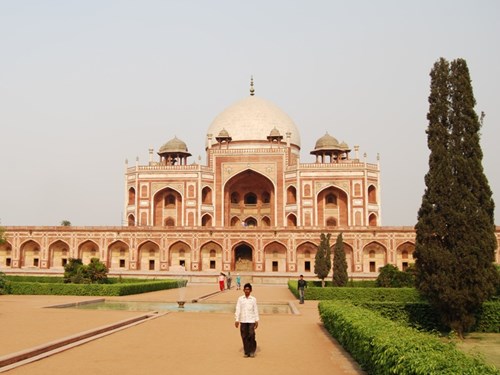 If you’re in Mumbai and not afraid of waking up early, this tour is an absolute must. Indeed, even if you’re not at all a morning person, I would consider it near impossible to find this tour not worth the early start. As you are whisked around the city as it sets up shop for the day, you are given a deep insight into the lives of the average Mumbaikar that you don’t usually experience on classic city sightseeing tours.

Start your morning at the local fish market on one of the city’s main piers. Watch on as Koli men bring their shawls into the harbor and launch dripping loads of fish off their boats into the hands of local buyers. Koli women are interestingly almost the exclusive buyers, bartering doggedly over price and then gathering the fresh fish in their ice buckets to take from door-to-door around the neighbourhood in the hopes of profit. With the chaotic haggling, loud calls of the fishermen, and pungent smells coming from the fresh hauls, it makes for quite the vivid and memorable sensory experience.

Over the course of the rest of the tour, your local guide will accompany you past a captivating array of local activities, from illiterate newspaper sellers dividing fresh papers into some 10 different languages, to men cleaning the city’s dirty laundry at Dobi Ghats and local market sellers setting up their stalls to sell deliciously exotic fruit and spices.

The best part? By the time the tour ends at breakfast, you have seen so much that you will feel no guilt simply lying by the pool and enjoying the midday heat! 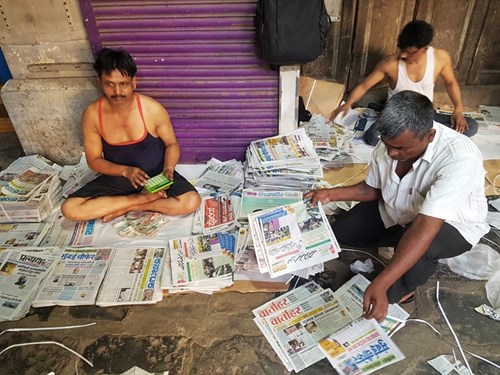 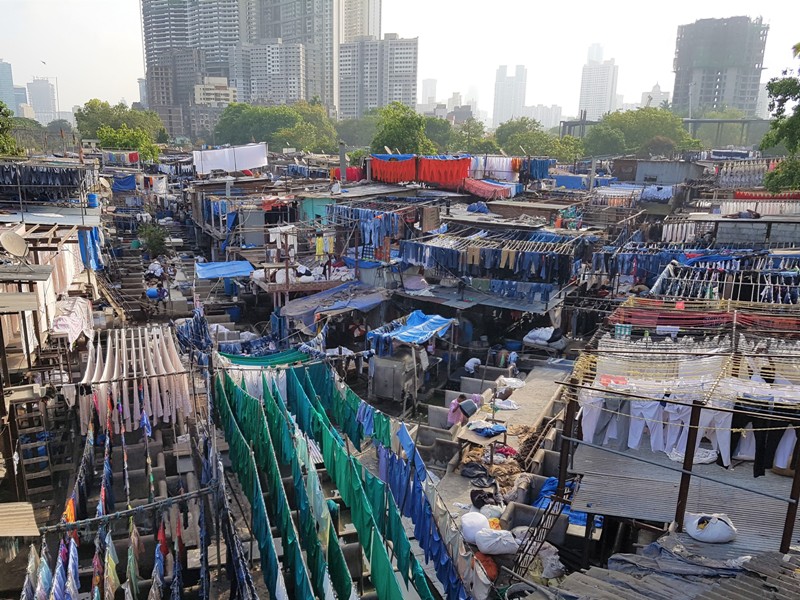 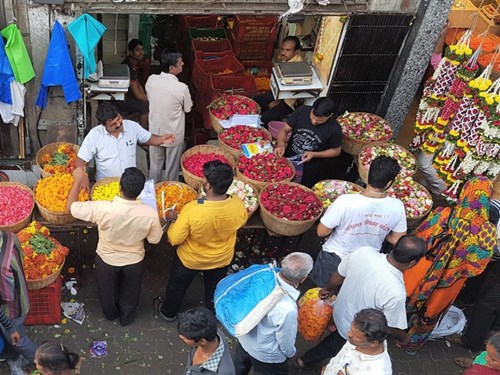 I thought the Ampersand team was outstanding. We couldn’t have hoped for anything more.
- Mr Geoffrey Johnson, India
Ampersand provided a bespoke and flexible holiday, tailored to my every whim. Their highly professional staff had only one goal which was to arrange an exceptional holiday and some unforgettable experiences in India. I have no hesitation in fully recommending them and they will be the first company I approach in the future - 10/10
- Anonymous, India
I would recommend Ampersand without any hesitation!!! The best travel agent that I’ve ever had. Everything – from the individual care and attention in planning the trip, through to the efficiency of the agents on the ground in India – was handled brilliantly. An absolutely first-class service all round!
- Matthew Annable, Rajasthan, India
Without question, you put together the best trip I have ever taken. We were shown around like visiting dignitaries, the hotels were fantastic and the itinerary was just right. Everybody I know will hear about how amazing Ampersand is!
- Leslie Siben, India
Ampersand’s preparation, attention to detail and interaction before and during our trip show exactly why good travel agents have a role in today’s internet booking age. They were a delight to deal with!
- Mr David Wallace, North India
So many highlights to choose from! The hotels were amazing but Maya Villa was a highlight… I loved just hanging out in the hammock reading my book and watching the peacocks chase the cows!
- Krista Weir, Sri Lanka
Difficult to articulate just how good the service from you and your team really was. We know you will continue to do well and hope we have the chance to seek your assistance again before long.
- Mr & Mrs Manson, North India
I had a very lovely time and was looked after splendidly. My first visit to India could not have been better, save for being longer! But I shall return at some point and I shall look to you to make the arrangements.
- Matthew Nicklin, North India
Everything you did for us whilst we were away was hugely appreciated, and Ampersand has been exemplary in every way. I'll always recommend you!
- Mr Richard Stoughton, Sri Lanka
We had a wonderful holiday - everything was perfect. Thank you for helping us to make a thoughtful plan to enjoy and make most out of our trip. The places we visited, the guides, the transportation and driver, the hotels selected... Everything was great!
- Jaime Benitez, South India