6 of Southern Africa’s Most Romantic Escapes

The southern countries of the continent of Africa, a landscape that would perhaps take a lifetime to explore, effortlessly sets the scene for the most exotic and magical of escapes. From candlelit feasts in the bush to hot air ballooning over the Namib Desert, champagne on a traditional dhow and exploring remote islands, we have handpicked a few of the most seductive retreats ‘Out of Africa’ to start you dreaming of a romantic winter escape with that special someone as winter sets in at home. 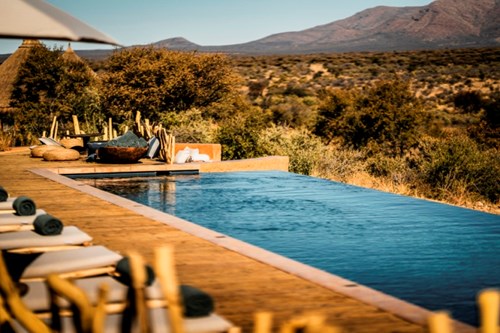 Opened last year within the Zannier Reserve, Omaanda is a lovesong to the traditional vernacular of the Ovambo. Round thatched huts are described as ‘exquisite’ by Telegraph Travel. It was, in fact, actress Angelina Jolie, who was instrumental in Zannier’s creation in what is one of Namibia’s most beautiful hotels, just 30 minutes drive from the capital Windhoek. Post-spa treatment Sundowners (over 20 flavours of gin) at the Pool Bar while watching rhinos graze under the stars is a romantic end to days spent on game drives across the 9,000 hectares of wildlife-filled majesty. 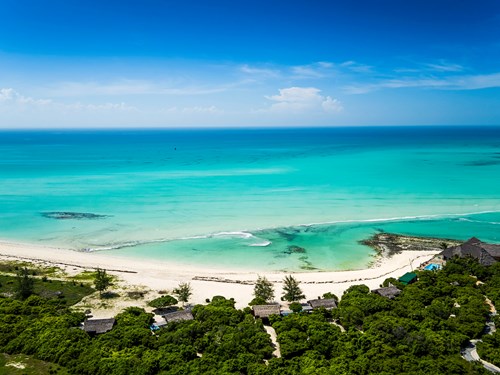 Set sail for your own island. The Anantara Bazaruto Island Resort is honeymoon paradise, villas overlooking shimmering waters and surrounded by golden sand dunes. The pristine Bazaruto Archipelago off the Mozambique Coast is a seductive retreat and one of the largest conservation areas in the Indian Ocean. Take a traditional Arabian Swahili dhow to nearby Pansy Island and snorkel with a dugong before a local meal. Only the resort and a few fisherman live on Bazaruto Island so it is truly private. 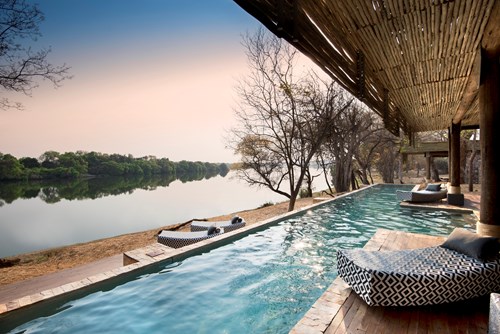 Add a memorable moment to an adventure with your loved one with an exhilarating visit Zimbabwe’s famed Victoria Falls, one of the 7 Natural Wonders of the World. Matetsi Victoria Falls is one of our favourite lodges anywhere. Part of an extensive conservation of Matetsi Private Game Reserve, the lodge is ‘ultra-sexy yet understated’ perched next to a glorious stretch of the Zambezi River. The cool design is complemented by Scandinavian-style interiors and natural tactile touches of stone, copper and wood to bring a sensual feel. The 66-foot pool is sensational and seems to touch the waters outside filled with hippos and birds. Al fresco dining on delicious organic food (the chef is one of the best in Africa) takes place waterside under the deep shade of Waterberry and Mangosteen trees. 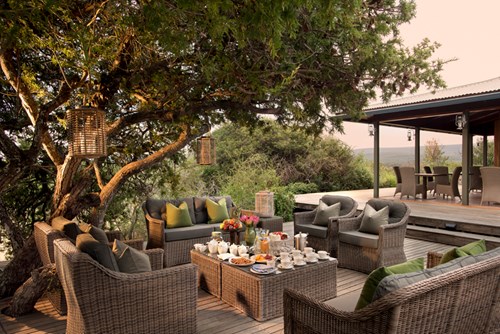 Understated luxury, seclusion and a stellar sustainability record - Kwandwe Private Game Reserve has it all. Nestled on South Africa’s breathtaking Eastern Cape, the award-winning property (its name means “Place of the Blue Crane”) elevates the safari experience to new heights. Four fabulously-designed villas (we love the contemporary Melton Manor and the Cape Dutch Colonial Uplands) and two intimate lodges are placed for spectacular views. Aside from the game drives, the team arranges private safari experiences including Rhino Conservation Safari and Photographic safaris. Evenings are spent in front of a roaring log fire with South African brandy or wines from the fantastic cellar in hand before retiring to the softest beds to sleep surrounded by the sounds of the African bush - heaven! 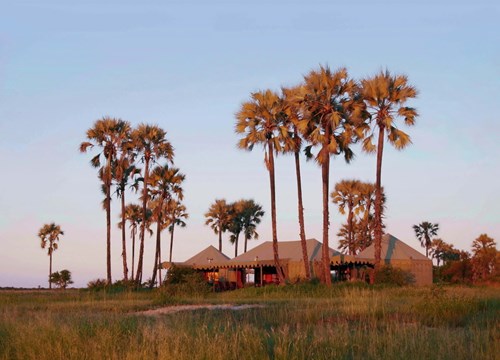 Set to be one of the most impactful re-openings of 2020, Jack's Camp Botswana is currently undergoing a dynamic facelift which will see this truly sublime camp re-launch with even greater style. If Napoleon had gone on campaign in the Kalahari he might have created tents of this scale and visual splendour. Canopied four poster beds, drifts of antiques and original posters by French taxidermist, Deyrolle - nothing is allowed to be mundane here. The forties-style mess tent is described as ‘A Natural History Museum in Botswana’ and captures the elegant and utterly individual spirit of camp founder Jack Bousfield. Jack’s Migration Camp is open until next spring and retains all the same qualities. Walk with San Bushmen through scenes of primitive beauty, swim in Africa’s only tented pool and witness the second-largest zebra and wildebeest migration on the continent. 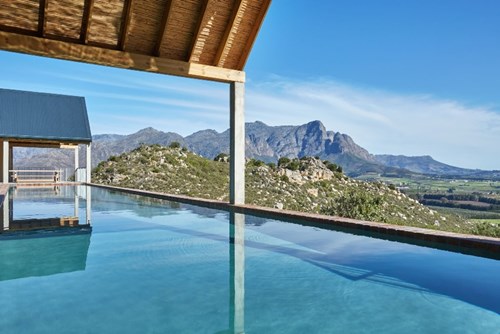 7 Koppies owners James Jayasundera and Marc-Ludolf von Schmarsow joke that the now fabled view from their Sunset Barn causes far too many dinner cancellations. Guests find themselves unable to pull themselves away from the dramatic panorama as the sun dips over the ridges. This is only one of the magic moments waiting at this secluded guesthouse, described at FT’s How To Spend It ‘Cape-contemporary loveliness’. Set in a 125-acre Fynbos reserve just 10 minutes drive from Franschhoek, 7 Koppies has romance in spades. From the natural-water pool running the length of the house to the arching rooms filled with stylish finds collected by the couple from around the world, this is a place to land softly, to drift barefoot and reflect hand in hand at the foot of astonishing natural grandeur.

To start planning your tailor-made holiday to Africa please contact us:

Without question, you put together the best trip I have ever taken. We were shown around like visiting dignitaries, the hotels were fantastic and the itinerary was just right. Everybody I know will hear about how amazing Ampersand is!
- Leslie Siben, India
I had a very lovely time and was looked after splendidly. My first visit to India could not have been better, save for being longer! But I shall return at some point and I shall look to you to make the arrangements.
- Matthew Nicklin, North India
Everything you did for us whilst we were away was hugely appreciated, and Ampersand has been exemplary in every way. I'll always recommend you!
- Mr Richard Stoughton, Sri Lanka
I thought the Ampersand team was outstanding. We couldn’t have hoped for anything more.
- Mr Geoffrey Johnson, India
I would recommend Ampersand without any hesitation!!! The best travel agent that I’ve ever had. Everything – from the individual care and attention in planning the trip, through to the efficiency of the agents on the ground in India – was handled brilliantly. An absolutely first-class service all round!
- Matthew Annable, Rajasthan, India
Ampersand’s preparation, attention to detail and interaction before and during our trip show exactly why good travel agents have a role in today’s internet booking age. They were a delight to deal with!
- Mr David Wallace, North India
We had a wonderful holiday - everything was perfect. Thank you for helping us to make a thoughtful plan to enjoy and make most out of our trip. The places we visited, the guides, the transportation and driver, the hotels selected... Everything was great!
- Jaime Benitez, South India
So many highlights to choose from! The hotels were amazing but Maya Villa was a highlight… I loved just hanging out in the hammock reading my book and watching the peacocks chase the cows!
- Krista Weir, Sri Lanka
Difficult to articulate just how good the service from you and your team really was. We know you will continue to do well and hope we have the chance to seek your assistance again before long.
- Mr & Mrs Manson, North India
Ampersand provided a bespoke and flexible holiday, tailored to my every whim. Their highly professional staff had only one goal which was to arrange an exceptional holiday and some unforgettable experiences in India. I have no hesitation in fully recommending them and they will be the first company I approach in the future - 10/10
- Anonymous, India