A Russian Journey with Alexandra Tolstoy

This tour has now been postponed due to Covid-19. Please check back later in the year for new dates.

We are so pleased to launch our very first guided tour of the delights of Russia with author and explorer, Alexandra Tolstoy. A descendent of one of the country’s most illustrious and fascinating clans, whose family tree also includes famed writer Leo Tolstoy, Alexandra has a passion for her ancestral culture. Beginning in Moscow, which Alexandra describes as “one of the world’s most glamorous and cultured cities” the tour, which will be peppered with one-of-a-kind experiences such as private dinners and troika rides through the snow, will travel to St Petersburg, home of the Winter Palace and the Hermitage.

Flying into Moscow, the tour will unfold with dinner at the Grand-Cafe Dr Zhivago at the elegant National Hotel. Built in Imperial Russia of 1903, this landmark hotel was designed by architect Alexander Ivanov in lavish style and is now furnished with pieces from Romanov palaces. Having hosted figures from Lenin to Peter Ustinov, as well as the greatest statesmen of the 20th century, the hotel is a destination in its own right. Explore nostalgic dishes before warming drinks on the roof terrace of the Ritz Carlton with its illuminated views over The Kremlin and Red Square. 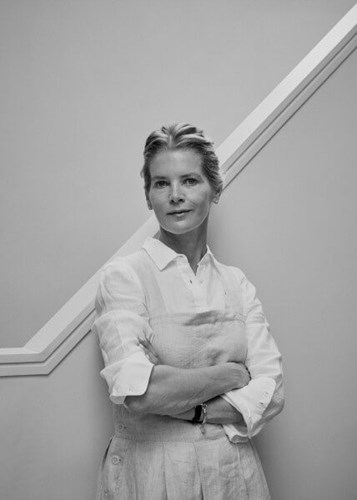 Wake up to a crisp winter Moscow morning and explore the city University, and the atmospheric Novodevichy Cemetery, burial place of some of Russia’s greatest artists, writers and poets and other spots. The afternoon will see travel by the iconic metro, with its palazzo-like halls before a walking tour of Red Square and the frescos and onion domes of the Cathedral of St Basil, shaped like a “bonfire rising up the sky” with “a strangeness that astonishes by its unexpectedness and complexity” according to one historian. End the afternoon at the lofty GUM shopping arcade finding souvenirs such as matryoshka dolls and fur hats.

The following morning, the story of Russian painting will take centre stage at the Tretyakov Gallery, the state’s foremost collection of fine art. Designed in a Russian Fairy Tale style in 1902, the museum’s history began in 1856 established by noble collector, Pavel Tretyakov and presented as a gift to the city. Don’t miss masterpieces that include Theotokos of Vladimir and Andrei Rublev’s Trinity, Composition VII by Wassily Kandinsky and the Black Square by Kazimir Malevich. Close to the New Gallery is the poignant sculpture garden, The Graveyard of Fallen Monuments, with its statues of former Soviet leaders. Lunch at the Brothers Tretyakov Restaurant will be spent sampling some traditional local dishes and hearing stories of this beautiful part of Moscow. The townhouse of the late Leo Tolstoy will be another cultural highlight, a green-shuttered manse planted on ¾ of a hectare strewn with Maple and Linden trees - some older than the great man himself. Tolstoy bought the house because it reminded him of the pastoral idyll of his country estate and the same magic still remains largely untouched. 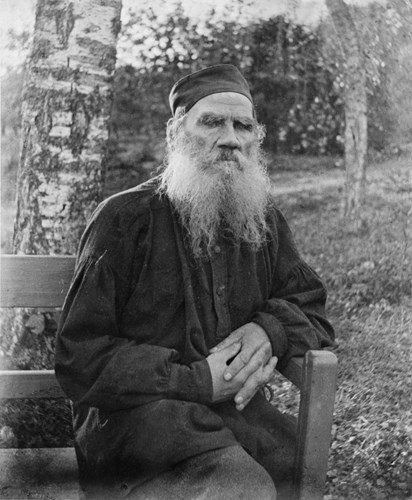 The following day, the last in Moscow, will bring a chance to explore the Kremlin Territory, scene of so much history, some astonishing jewellery and lunch at Cafe Pushkin. Here the staff speak elegant old-school Russian and the whole setting is the recreation of an aristocrat’s home. If you have dreamt of black caviar and vodka for lunch like an Onegin character then this is the place. As the afternoon draws low, Alexandra will lead the tour onto the Express Sapsan train through the countryside to St Petersburg.

Wake up at the Astoria Hotel, across from St Isaac’s Cathedral and set on grand Admiralteyskiy. Walking to the Hermitage is the perfect introduction to the sights and sounds of this most enchanting of cities. Visiting the second-largest art museum on the globe is a profoundly moving experience. Open to the public since 1852, enfilades of rooms, each more impressive than the last hold, works by the likes of Goya, Veronese, Cezanne and Rembrandt alongside treasures from the worlds of Byzantium, Central Asia, Egypt and a myriad of other civilisations. Lunch will be taken at Gogol which is a faithful retelling of the home of the legendary writer, complete with parlour maids and antiques. A city tour in the afternoon will bring the Imperial City to life before settling down to a lecture in the evening by respected art historian Professor Alexei Leporc and convivial drinks. 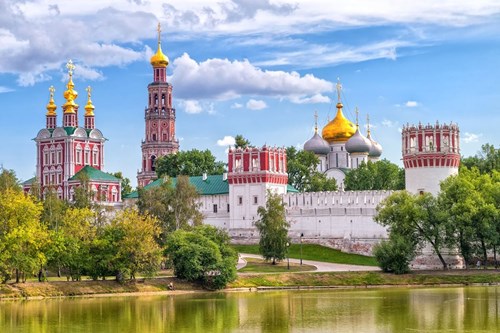 Pavlovsk, pleasure ground of the Tsars, will be our destination the following day. One of the largest landscaped gardens in the world, this is a winter wonderland of creamy-yellow palaces, pavilions and fountains. Catherine the Great so enjoyed hunting here that she gifted the village to her son Tsar Paul I who created most of the astonishing buildings seen today. Experience the landscape by troika, traditional three-horse sleigh before lunch at the Admiralty Restaurant and wandering through Catherine’s Palace. The last morning back in St Petersburg, will be spent feasting on the visual delights of the Faberge Museum before the flight back to London.

We would love you to join Alexandra and Ampersand Travel on what promises to be a truly unique and intimate glimpse into one of the most beautiful locations in the world. For more information about this tour, please contact us:

Without question, you put together the best trip I have ever taken. We were shown around like visiting dignitaries, the hotels were fantastic and the itinerary was just right. Everybody I know will hear about how amazing Ampersand is!
- Leslie Siben, India
I would recommend Ampersand without any hesitation!!! The best travel agent that I’ve ever had. Everything – from the individual care and attention in planning the trip, through to the efficiency of the agents on the ground in India – was handled brilliantly. An absolutely first-class service all round!
- Matthew Annable, Rajasthan, India
So many highlights to choose from! The hotels were amazing but Maya Villa was a highlight… I loved just hanging out in the hammock reading my book and watching the peacocks chase the cows!
- Krista Weir, Sri Lanka
I had a very lovely time and was looked after splendidly. My first visit to India could not have been better, save for being longer! But I shall return at some point and I shall look to you to make the arrangements.
- Matthew Nicklin, North India
Ampersand provided a bespoke and flexible holiday, tailored to my every whim. Their highly professional staff had only one goal which was to arrange an exceptional holiday and some unforgettable experiences in India. I have no hesitation in fully recommending them and they will be the first company I approach in the future - 10/10
- Anonymous, India
I thought the Ampersand team was outstanding. We couldn’t have hoped for anything more.
- Mr Geoffrey Johnson, India
We had a wonderful holiday - everything was perfect. Thank you for helping us to make a thoughtful plan to enjoy and make most out of our trip. The places we visited, the guides, the transportation and driver, the hotels selected... Everything was great!
- Jaime Benitez, South India
Ampersand’s preparation, attention to detail and interaction before and during our trip show exactly why good travel agents have a role in today’s internet booking age. They were a delight to deal with!
- Mr David Wallace, North India
Difficult to articulate just how good the service from you and your team really was. We know you will continue to do well and hope we have the chance to seek your assistance again before long.
- Mr & Mrs Manson, North India
Everything you did for us whilst we were away was hugely appreciated, and Ampersand has been exemplary in every way. I'll always recommend you!
- Mr Richard Stoughton, Sri Lanka