Safaris in Southern Africa have changed from all recognition from decades ago when one visited a National Park in the school holidays as a family in your own sedan vehicle. Once the car had bumped across the heightened grids at the entrance gate and your ticket stamped at the office, you were officially in the wilderness.

The speed restriction (and the wide warning bumps in the road) meant the pace was slow, very slow. The anticipation and expectation of an animal sighting at any moment was what had kept you going for the long drive from home! The national park camps were mostly thatched rondavels with large verandas. The sleeping and bathing happened inside and the fire building, barbecuing and game spotting with a torch was outdoors. In these years the camps weren’t electrified, so the only light was the fires, the lanterns and the searching tiny light of hand held torches, the sky was a blanket of stars. In the morning you would be up as soon as the camp gate opened with flasks of coffee and homemade sandwiches. This game drive was the reason for the long trek from far flung cities, the expectation was soldiered alongside the sheer magic of vast space filled with wild animals. Fast forward 30 years and the emotive energy is still palpable when we start to plan a holiday with a safari. The difference now is that the night sky competes with the dotted suburbs encroaching the wildlife areas and the number of private lodges has more than quadrupled. 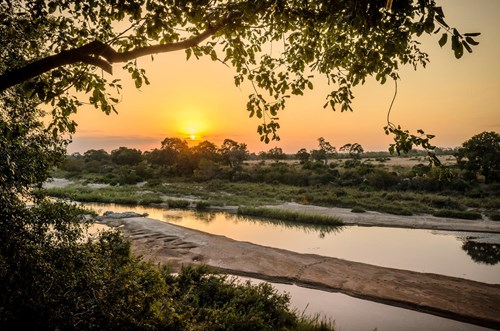 The balancing act is now so much more challenging as all the dynamics have changed. Well, all except the old faithful game drive. In areas doted all over the African continent morning and late afternoon are recorded by groups of people gathering for a cup of tea, equipped with cameras and sun hats, binoculars and sun cream and the enigmatic anticipation of the possibility of an adventure. The advent of Southern Africa becoming more accessible for foreign travellers, with multiple airlines flying into the major cities of Cape Town, Johannesburg and Durban – means getting there has never been so efficient. The flight is over night from London and the jet lag factor is marginal. The concept of leaving home in the evening and being on safari the next afternoon is, quite frankly, brilliant!

And so, we return to the game drive – faced with the endless choices, thinking you have decided and then seeing the next option…. is just, well exhausting! So, let me introduce you to the ABC of Southern Africa Safaris. The most important understanding is the difference between a national park and a private reserve. The national parks are open to the public and you can self-drive in the park – mostly on tar roods and occasionally well-maintained gravel roads. The public can book accommodation in the camps. The rondavels or bungalows are all self-catering. There are small shops with limited choice of basic requirements. The restaurants are simple, and food is for the mass market. The camps in the national parks are comfortable, serviced daily and equipped with basic crookery and kitchen utensils. The national park camps are very popular with local visitors. 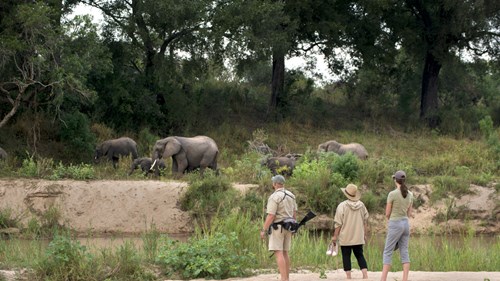 The popularity of Southern Africa as an appealing tourist destination encouraged the advent of private lodges in concession land adjoining the national parks. The forerunner in this evolution started in the Kruger National Park with fences falling between the privately-owned concession areas. Today the Sabi Sands, Timbavati, Thornybush, Manyaleti, Klaserie and Kapama reserves form a huge track of wilderness land that is under conservation. The long-term vision is to extend this area in northern Natal and Mozambique.

In the private reserves each lodge is located on their own private land and the individual lodges rely on agreements between owners to traverse on other properties. The exclusivity of the private reserves means that lodges are small and intimate and daily charters fly guests into the lodges or road transfers are arranged from local airports. This metamorphosis of tourism and wildlife conservation allowed the lowly game drive to take centre stage. A typical day in the bush is defined by the morning and late afternoon/evening game drive. And, don’t think any bells and whistles are neglected. Sleek bucket seats, guide books and binoculars, tripods and cameras... all you need to do is be prepared to be wowed! Private reserves have the bonus of off-road driving – getting up close to lions on a kill, leopard up a tree or herds of elephants at a watering hole interspersed with impala and warthogs. Sometimes just the solitude of sundowners watching the orange sky seamlessly drop to the horizon only to be replaced by the clearest nightscape of stars, perhaps even a comet. The realisation that when there are no other lights competing with the night sky, the world is truly circular. 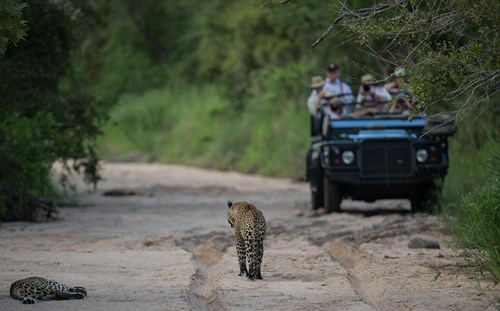 Gone too are the days when a sundowner was a quick drink and some crisps. At the moment you least expect things could be any better, the guide will meander into a setting of tables with white linen laden with delicious bush snacks and cool refreshing drinks. Game viewing is hard work! The little sister to the game drive is a bush walk after breakfast. The enchanting discovery of a whole new world when you explore on foot. Your guide and tracker ever present to introduce you to new worlds of birds, insects and healing plants. The most important rule on foot - keep behind the tracker and never run!

The conservation areas worldwide are all part of a balancing act between wilderness areas and local communities. The co-existence of these factors is a worldwide challenge and markedly so in rural communities. The resolution is to integrate the seemingly diverse concepts into a collaboration of mutual benefit. The incredible investment in lodges now extends to staff and the outlying communities. And, here the game drive has the most fun. Mid-morning, all aboard – exiting the reserve into the villages is a joyful experience! The itinerary is ad hoc, the experience is not staged. The respectful insight into creches, schools, clinics and the local store are fun. The idea is to let visitors into the world of their guide or tracker, or the chef or the housekeeper. If your luck is in, you could join in with a friendly soccer match. After all this excursion is so much more than a time filler – these villages were once home to the original trackers who crafted an intimate knowledge with the bush and animals. Their craft has been handed down over generations, only now instead of tracking for food or water they lead safaris and share ancient knowledge with visitors to the reserves. 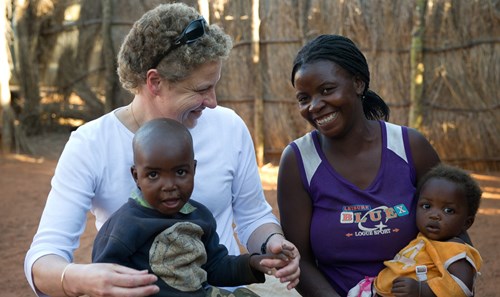 Long after you have travelled home, in the most unexpected moment – you will recall the wind in your hair, an overwhelming rush of anticipation and the sharpening of all your senses. The humble game drive, the routine of Africa.

To start planning your tailor-made holiday to Southern Africa please contact us:

I thought the Ampersand team was outstanding. We couldn’t have hoped for anything more.
- Mr Geoffrey Johnson, India
I would recommend Ampersand without any hesitation!!! The best travel agent that I’ve ever had. Everything – from the individual care and attention in planning the trip, through to the efficiency of the agents on the ground in India – was handled brilliantly. An absolutely first-class service all round!
- Matthew Annable, Rajasthan, India
I had a very lovely time and was looked after splendidly. My first visit to India could not have been better, save for being longer! But I shall return at some point and I shall look to you to make the arrangements.
- Matthew Nicklin, North India
Ampersand’s preparation, attention to detail and interaction before and during our trip show exactly why good travel agents have a role in today’s internet booking age. They were a delight to deal with!
- Mr David Wallace, North India
We had a wonderful holiday - everything was perfect. Thank you for helping us to make a thoughtful plan to enjoy and make most out of our trip. The places we visited, the guides, the transportation and driver, the hotels selected... Everything was great!
- Jaime Benitez, South India
Ampersand provided a bespoke and flexible holiday, tailored to my every whim. Their highly professional staff had only one goal which was to arrange an exceptional holiday and some unforgettable experiences in India. I have no hesitation in fully recommending them and they will be the first company I approach in the future - 10/10
- Anonymous, India
Everything you did for us whilst we were away was hugely appreciated, and Ampersand has been exemplary in every way. I'll always recommend you!
- Mr Richard Stoughton, Sri Lanka
Without question, you put together the best trip I have ever taken. We were shown around like visiting dignitaries, the hotels were fantastic and the itinerary was just right. Everybody I know will hear about how amazing Ampersand is!
- Leslie Siben, India
Difficult to articulate just how good the service from you and your team really was. We know you will continue to do well and hope we have the chance to seek your assistance again before long.
- Mr & Mrs Manson, North India
So many highlights to choose from! The hotels were amazing but Maya Villa was a highlight… I loved just hanging out in the hammock reading my book and watching the peacocks chase the cows!
- Krista Weir, Sri Lanka