Summer in India - 5 of India’s most beautiful Hill Stations

One of the most frequent questions travellers to India ask is "where to go in the subcontinent during the summer months?". While traditionally a low season period for inbound visitors, summer offers a plethora of fantastic destinations waiting to be discovered. It has all the advantages of off-season travel including fewer crowds and competitive hotel rates. Not to mention, the dramatic and memorable landscapes and weather of the monsoon season, which sweeps into the subcontinent from its southern tip, like a roaring electric current, bringing life-giving rains and fertility in its wake. The hill stations of India were established by the British in the 19th century and became playgrounds for Maharajas and colonials alike, who filled them with landscaped gardens, pretty buildings and an air of civilised retreat. Today, they await discovery - a world away from the frenzy of India below - a slower, gentler pace and tumbling into the hearts of visitors with a unique charm.

Shimla, ‘Queen of the Hill Stations’, never fails to enchant. To stand in the main square looking up at the cream tower of the old ‘Viceroy’s Church’ and the half-timbered former library is to be transported to Petworth or Worcester in the Indian hills. Despite over 70 years of independence and commercial tourism, Shimla, once the summer capital of British India, still retains a remarkably untouched air of Raj-era romance. For a truly authentic arrival, take the scenic six-hour journey on the narrow-gauge UNESCO-heritage toy train from Kalka to Shimla and disembark at the picket-fenced station with its original signs. Base yourself at the splendid Wildflower Hall and soak up the rejuvenating atmosphere. The capital of Himachal Pradesh is perched at 2,213 metres above sea level on the foothills of the Himalayas so has the cleanest air and staggering views combined with the most intriguing of histories. A hop from Delhi to the Himalayas of Uttarakhand, Mussoorie is the real thing. A rolling hill station with oodles of scenery, beauty and breathtaking vistas. Still home to Indian royalty, writers and statesmen, who all make the annual pilgrimage here as the heat rises in the cities, Mussoorie is both genteel and colourful. Be immersed in the quaint, tiger-skin and afternoon tea atmosphere of the newly-renovated heritage hotel Kasmanda Palace, built in 1836 and still visited by its royal family. The joy here is to amble along the winding roads, spotted with colourful shrubs and colonial bungalows alongside sudden views appearing of dramatic snow-capped peaks. Take in waterfalls, Tibetan colonies with temples and cafes, lakes and the nearby literary haven of Landour. Musoorie can be combined with a visit to India’s ultimate wellness destination, Vana, located in nearby Dehradun for a heavenly Himalayan retreat.

You would be forgiven for thinking you have stumbled upon an Alpine Swiss village on first sight of Kashmir’s hill station, Gulmarg. While Kashmir has seen some troubled times, Gulmarg is nothing but one of the most tranquil places on earth. Built around a pristine golf course, the town is nestled in towering pine forests and boasts India’s premier ski resort, as well as one of the most ravishing swimming pools in Asia at Khyber Himalayan Resort and Spa. Lushly green in summer, A Narnia-like wonderland in winter, Gulmarg is a delight for all seasons. Explore the fabled cuisine of the Kashmir Valley with a wazwan, a multi-course, richly-meaty traditional feast before shedding the calories at the resort’s L’Occitane spa. 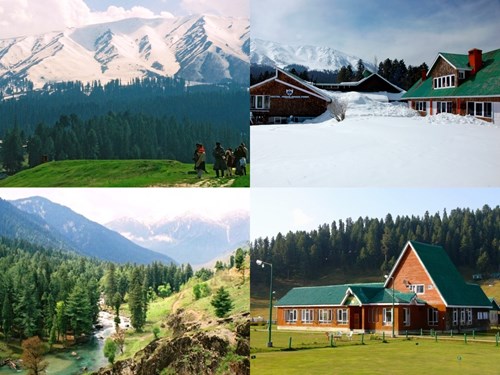 A place of legend, myth and the best coffee in South Asia (over 14,000 tons a year!), Coorg is one of our favourite under the radar Indian destinations. Founded in the mid 19th-century by an Englishman, this hill station is the epitome of rural peace with a distinctly South Indian feel. Set on the banks of the mighty Cauvery River, Evolve Back Chikkana Halli Estate is a working 300-acre plantation that welcomes guests to experience the timeless peace of estate life. Book a Lily Pool Villa with its own private pool and be lost in serenity. This is a bird lover’s heaven with the air filled with the songs of countless species. Coorg and surrounding Karnataka has a rich food heritage, it is a place of ancient foraging, where farms merge with forest. From Pandi (pork) curry to Kachampuli, a local Balsamic vinegar-like delicacy, there is much to explore on the plate here.

Kerala has a rare magic all of its own. Munnar, in the emerald Cardamom Hills, is its pinnacle. A hill station less visited but holding its own among the best in India, this is a place to retreat from all the stress and rush of modern life. Perched on the Mattupetti, Nallathanni and Periavaru rivers, Munnar is lush and crisp, a place where one feels close to the table of the gods. Discover the highest peak, Anamudi, in the heart of the striking Eravikulam National park, a trekker’s paradise and home to elephants, rare Nilgiri Tahr mountain goats and even tigers. Windermere Estate, a 15-bedroom bungalow, has local spirit in spades, roaring fires, misty, mellow mornings with estate tea and homemade cakes. Munnar is a place to never want to leave. 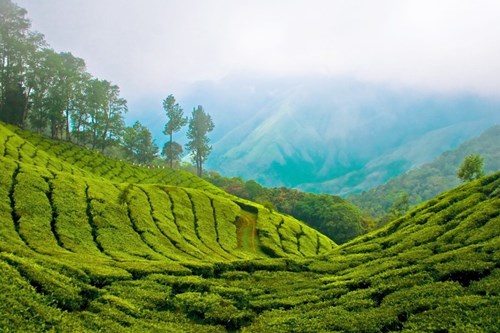 Difficult to articulate just how good the service from you and your team really was. We know you will continue to do well and hope we have the chance to seek your assistance again before long.
- Mr & Mrs Manson, North India
Ampersand provided a bespoke and flexible holiday, tailored to my every whim. Their highly professional staff had only one goal which was to arrange an exceptional holiday and some unforgettable experiences in India. I have no hesitation in fully recommending them and they will be the first company I approach in the future - 10/10
- Anonymous, India
We had a wonderful holiday - everything was perfect. Thank you for helping us to make a thoughtful plan to enjoy and make most out of our trip. The places we visited, the guides, the transportation and driver, the hotels selected... Everything was great!
- Jaime Benitez, South India
Without question, you put together the best trip I have ever taken. We were shown around like visiting dignitaries, the hotels were fantastic and the itinerary was just right. Everybody I know will hear about how amazing Ampersand is!
- Leslie Siben, India
Everything you did for us whilst we were away was hugely appreciated, and Ampersand has been exemplary in every way. I'll always recommend you!
- Mr Richard Stoughton, Sri Lanka
I had a very lovely time and was looked after splendidly. My first visit to India could not have been better, save for being longer! But I shall return at some point and I shall look to you to make the arrangements.
- Matthew Nicklin, North India
So many highlights to choose from! The hotels were amazing but Maya Villa was a highlight… I loved just hanging out in the hammock reading my book and watching the peacocks chase the cows!
- Krista Weir, Sri Lanka
I thought the Ampersand team was outstanding. We couldn’t have hoped for anything more.
- Mr Geoffrey Johnson, India
I would recommend Ampersand without any hesitation!!! The best travel agent that I’ve ever had. Everything – from the individual care and attention in planning the trip, through to the efficiency of the agents on the ground in India – was handled brilliantly. An absolutely first-class service all round!
- Matthew Annable, Rajasthan, India
Ampersand’s preparation, attention to detail and interaction before and during our trip show exactly why good travel agents have a role in today’s internet booking age. They were a delight to deal with!
- Mr David Wallace, North India