London’s Indian food scene has gained another star in its constellation with the recent opening of new restaurant Darjeeling Express. Kolkata-born founder and chef, Asma Khan, has laid down roots in Soho’s Kingly Court after gaining a cult following with her renowned supper clubs over the past five years. Khan’s story is as fascinating as her menus, and Darjeeling Express is the culmination of a journey of self-discovery into her own heritage. Hailing from an influential Muslim family (‘aristocratic blood runs like ghee through her veins’ wrote food critic Tom Parker Bowles), Khan’s roots lie in the heady cultures of Hyderabad and old Calcutta. At Darjeeling Express, she translates the famed Mughal cuisine into something fresh and innovative. 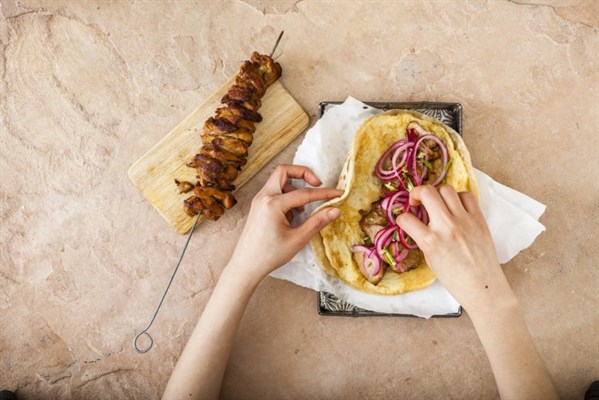 Khan came to the UK in the early 90’s from India. Initially living in Cambridge with her university lecturer husband, she freely admits her previous ignorance of cookery, saying ‘we lived on my husband’s chicken curry and salads’. Over several months, Khan took long trips back to the motherland, learning about the courtly kitchen traditions of her family and becoming increasingly intrigued by the tales and nuances of her culture. Back in Britain, a spell followed selling homemade samosas on the genteel streets of her adopted town to raise money for aid work in the then war-ravaged Yugoslavia, which quickly earned Khan praise and encouragement from locals. 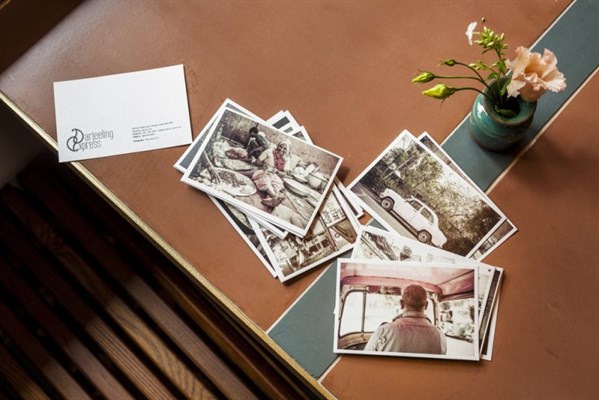 By now a qualified constitutional lawyer, Khan moved to London, settling in a beautiful South Kensington home. As the desire to connect both her burgeoning love of cooking and recreate the social atmosphere of childhood feasts grew, Khan founded her supper club in 2012. She explained: ‘my guests, many of whom didn’t know each other, conversed about food, politics and other topics. Growing up in India, there was always somebody relating a story over a meal’. The concept quickly grew out of the borders of Khan’s elegant dining room, with the supper club being invited into the hallowed portals of Vivek Singh’s Cinnamon Club. Khan describes this as ‘a game-changer, a confidence-booster, and a real honour to be the first ‘outsider’ to cook there; especially just eight months after our debut supper club’. Critics, such as the London Evening Standard’s Fay Maschler, flocked to the regular events, held at varying places including The National Gallery. They admired the ‘layered, complex and sophisticated food’ with a homespun soul, such as saffron-scented Dum Biriyani, alongside Khan’s exuberant hostess skills. 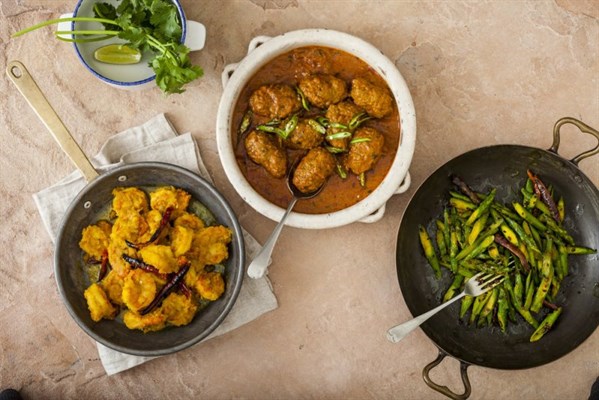 With the supper club now having evolved into a permanent 56-cover restaurant in buzzing Soho, Khan plans to bring her unique take on Indian regional food to a wider audience, replicating family dishes and offering ‘dawaats’, the fabled royal feasts of her ancestors. The atmosphere is both informal and authentic. Guests eat off bespoke china from Stoke-on-Trent and will often have a chance to chat to Khan herself, who exudes a relaxed affability and a passion for her craft. 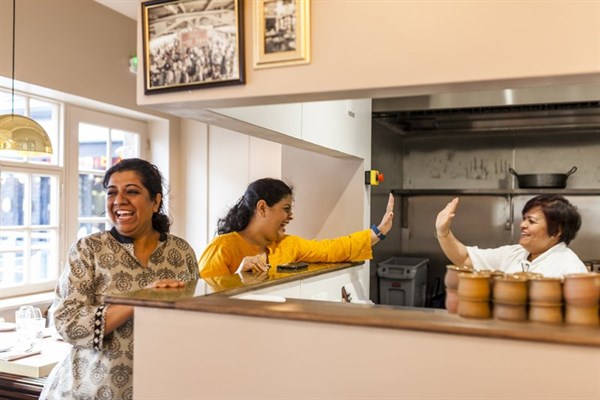 The all-female kitchen, producing delights such as slow-cooked Bengali Goat Curry ‘with the occasional potato’, and Venison Kofta, is symbolic of Khan’s maternal desire to ‘not just feed our guests, but to nourish their souls through food cooked with patience and love’. This heartfelt approach is evident in Khan’s spending her opening night feeding local homeless people alongside the decision to donate part of the proceeds to a Darjeeling-based girl’s charity. The restaurant’s name is taken from a train which runs along the scenic foothills of the Himalayas to the West Bengal hill station of Darjeeling. This is a journey Khan recalls with affection as an escape from the heat and crush of her hometown Kolkata, saying: ‘If you called out your name, the mountains echoed your name. I called my company Darjeeling Express as it was for me, liberation, freedom from law, and the start of my food journey.’


If you would like more information or want to start planning your own tailor-made holiday to the British Isles, please do get in touch:

Difficult to articulate just how good the service from you and your team really was. We know you will continue to do well and hope we have the chance to seek your assistance again before long.
- Mr & Mrs Manson, North India
I would recommend Ampersand without any hesitation!!! The best travel agent that I’ve ever had. Everything – from the individual care and attention in planning the trip, through to the efficiency of the agents on the ground in India – was handled brilliantly. An absolutely first-class service all round!
- Matthew Annable, Rajasthan, India
So many highlights to choose from! The hotels were amazing but Maya Villa was a highlight… I loved just hanging out in the hammock reading my book and watching the peacocks chase the cows!
- Krista Weir, Sri Lanka
I had a very lovely time and was looked after splendidly. My first visit to India could not have been better, save for being longer! But I shall return at some point and I shall look to you to make the arrangements.
- Matthew Nicklin, North India
Without question, you put together the best trip I have ever taken. We were shown around like visiting dignitaries, the hotels were fantastic and the itinerary was just right. Everybody I know will hear about how amazing Ampersand is!
- Leslie Siben, India
Everything you did for us whilst we were away was hugely appreciated, and Ampersand has been exemplary in every way. I'll always recommend you!
- Mr Richard Stoughton, Sri Lanka
Ampersand’s preparation, attention to detail and interaction before and during our trip show exactly why good travel agents have a role in today’s internet booking age. They were a delight to deal with!
- Mr David Wallace, North India
I thought the Ampersand team was outstanding. We couldn’t have hoped for anything more.
- Mr Geoffrey Johnson, India
Ampersand provided a bespoke and flexible holiday, tailored to my every whim. Their highly professional staff had only one goal which was to arrange an exceptional holiday and some unforgettable experiences in India. I have no hesitation in fully recommending them and they will be the first company I approach in the future - 10/10
- Anonymous, India
We had a wonderful holiday - everything was perfect. Thank you for helping us to make a thoughtful plan to enjoy and make most out of our trip. The places we visited, the guides, the transportation and driver, the hotels selected... Everything was great!
- Jaime Benitez, South India