The millennial who has visited every country on the globe

Imagine travelling to every country in the world. There are 195 of them and each one has its own unique magic and challenges. American travel blogger Sal Lavallo did just this and all before the age of 27. He encountered life-changing adventures, extreme weather, political unrest and some of the most captivating and largely unseen places on earth. A walking testimony that we can achieve anything we set our minds to, Lavallo wears his astonishing feat with modesty - a trait that, perhaps, comes from reaching the pinnacle of a life goal.

Lavallo’s story began in Indiana, USA, where he was born the son of Italian and German parentage “so I was brought up globally-minded”, he reflects. Attending an international boarding school gave Lavallo the contacts to be hosted in 75 of the countries he visited, which he describes as “being incredibly grateful for, because I saw the lands through their eyes”. After graduating from NYU, the budding travel blogger settled in the UAE but the call to explore began to unfold into a vision to leave no corner of the globe unseen. With support from family and friends, Lavallo began in China and Japan in 2004 before ending his odyssey in Malta in late 2017 with a celebration surrounded by loved ones. Following his travels, it becomes obvious that Lavallo has a light footprint – both physically, he only packs the minimum needed, the main ingredients being a carry-on bag, Kindle and camera (Nikon D3300), and mentally. He describes his adventures with an assured sense of presence and ease of connection. “I never encountered anyone I could not connect with. What travel really exposes us to is our shared humanity”. Lavallo’s advice for those exploring new countries is “wake up every day and ask yourself, “How will I be happy today?” – do exactly what you want to do. If you don’t want to spend the day exploring ruins and traipsing through markets, then don’t!” 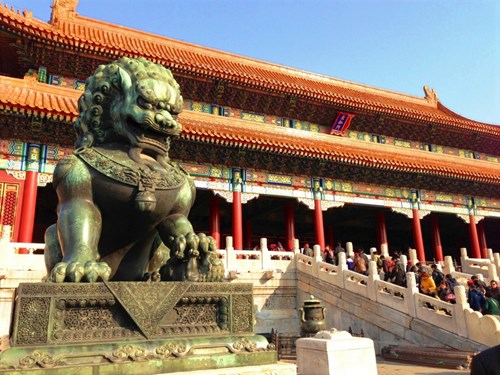 Having kept journals throughout his travels, which he finds an invaluable recall aid, Lavallo has the gift of summing up the essence of each country in a line – usually centred around a character he has encountered, bringing a very human element into his travel narrative.

There is an element of surprise to the countries described by Lavallo as having been highlights which sets him apart from conventional travel bloggers. “I enjoyed my time in Iraqi Kurdistan so much that I stayed twice as long as I expected,” he muses. “While high on a mountain, we saw smoke coming from the Battle of Mosul. It had just begun – we were praying for a quick end.” The largely unknown Kyrgyzstan “blew me away with its beauty”, as did the temples of Bagan, Myanmar and the UNESCO-heritage protected Angkor Wat. The contemporary mosques of the UAE are another passion, particularly Abu Dhabi’s Sheikh Zayed Mosque, “From every single angle, inside and out, it is a masterpiece”. Lavallo converted to Islam in an Tanzanian village in 2013, a moment he describes as “a transcendental moment of welcome, prayers in Arabic, French and Swahili by a line of men in a half-constructed mosque lit by one small candle”. He has gone on to acquire a farm in the Tanzanian bush which he visits every few weeks. Other African destinations that have stayed with Lavallo include Algeria, “whose people are the most hospitable, the food delicious and all my nerves vanished.” Libyans were equally hospitable while he found great natural beauty in the brown rolling hills of Burundi and Rwanda. Even in nerve-wracking situations the intrepid blogger found the common thread of humanity. “I will always remember the American Peace Corp volunteer in Burkina Faso who negotiated the price for me to rent an entire bus and militia to get me safely into Niger when I got stranded in AQIM territory,” he reflects. Then, after being robbed on the Sudan border, he was quickly surrounded by locals who “bought me tea, my bus ticket and the taxi to a hotel. I will always remember the whirling dervishes of Sudan.” Syria and Afghanistan were other war-torn locations where Lavallo found a staggering level of personal warmth and welcome, leading him to say “my focus now on Instagram is to promote the beauty and positivity of little-known or negatively-perceived places. Sharing photos and stories of stunning beauty from Syria, Libya and Afghanistan.” 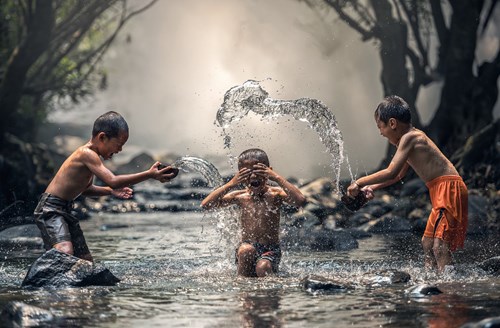 Lavallo camped on top of a volcano in the Congo, attended a “phenomenal” camel barbeque in Chad and entered an astonishing 100 countries by land borders. North Korea was home for six days, “where all I wanted was an ice-cream cone because everyone was eating them, but foreigners are banned from local currency.” Other surreal moments included skinny-dipping at midnight in Tel Aviv, eating a whole bat in Palau (including teeth and fur), boiled goat head in Albania and sleeping next to an indigenous chief in a hammock in the Amazon. Amazingly, Lavallo never had a visa denied. He fondly remembers charismatic border officials who fed him many meals and even bonded with his guide in North Korea. Tokyo is rated by him as “the cleanest city in the world” while getting up every day to watch the sunrise over the “vast, flat” Pacific on Tuvalu might come up trumps as the most beautiful experience.

Lavallo’s last word on this momentous geo-political-defying achievement? “Connecting with others and spreading positivity and love is among the most spiritual endeavors possible. It really is about the people and now when I look at a map, I see faces.”

For more information or to start planning your tailor-made holiday, please get in touch with us.

I would recommend Ampersand without any hesitation!!! The best travel agent that I’ve ever had. Everything – from the individual care and attention in planning the trip, through to the efficiency of the agents on the ground in India – was handled brilliantly. An absolutely first-class service all round!
- Matthew Annable, Rajasthan, India
I thought the Ampersand team was outstanding. We couldn’t have hoped for anything more.
- Mr Geoffrey Johnson, India
Everything you did for us whilst we were away was hugely appreciated, and Ampersand has been exemplary in every way. I'll always recommend you!
- Mr Richard Stoughton, Sri Lanka
Without question, you put together the best trip I have ever taken. We were shown around like visiting dignitaries, the hotels were fantastic and the itinerary was just right. Everybody I know will hear about how amazing Ampersand is!
- Leslie Siben, India
Difficult to articulate just how good the service from you and your team really was. We know you will continue to do well and hope we have the chance to seek your assistance again before long.
- Mr & Mrs Manson, North India
So many highlights to choose from! The hotels were amazing but Maya Villa was a highlight… I loved just hanging out in the hammock reading my book and watching the peacocks chase the cows!
- Krista Weir, Sri Lanka
Ampersand provided a bespoke and flexible holiday, tailored to my every whim. Their highly professional staff had only one goal which was to arrange an exceptional holiday and some unforgettable experiences in India. I have no hesitation in fully recommending them and they will be the first company I approach in the future - 10/10
- Anonymous, India
Ampersand’s preparation, attention to detail and interaction before and during our trip show exactly why good travel agents have a role in today’s internet booking age. They were a delight to deal with!
- Mr David Wallace, North India
We had a wonderful holiday - everything was perfect. Thank you for helping us to make a thoughtful plan to enjoy and make most out of our trip. The places we visited, the guides, the transportation and driver, the hotels selected... Everything was great!
- Jaime Benitez, South India
I had a very lovely time and was looked after splendidly. My first visit to India could not have been better, save for being longer! But I shall return at some point and I shall look to you to make the arrangements.
- Matthew Nicklin, North India